Katy Perry felt her divorce to Russell Brand was “too intense” to deal with in the beginning, so she ate Cheetos and drank to feel better. 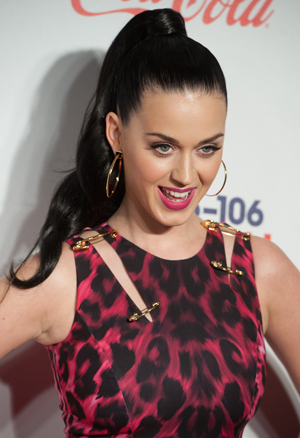 Katy Perry and Russell Brand‘s divorce has been highly publicized since it first hit the internet in 2011. Now the singer has opened up about how she dealt with that difficult time in her life.

While she’s in a much happier place now, Perry went back to one of the most painful times in her life and revealed to Marie Claire magazine how she got through her devastating divorce. One way to handle her agony was by over-munching on junk food.

“There were two weeks of my life after I found out the truth of my marriage where I was like, ‘OK. All right. I can’t feel this. This is too intense right now,” Perry said. “I was, like, just eating Flamin’ Hot Cheetos and drinking, and that’s it.”

However, the 29-year-old Grammy winner said that this was the better way to deal with it instead of heading toward a much darker path.

“There are two ways you can go: You can either nurture yourself or go destructive. I have gone down the destructive path before and it didn’t work for me,” Perry admitted. “You dig deep beyond those scars and find that soft tissue again and you massage and nurture it and bring it to life little by little, through serving yourself well.”

While Perry is in a much better place right now, she did temporarily break up with her current man, John Mayer, in order to further deal with her divorce baggage. “I took a break from my boyfriend, not one that I wanted,” she revealed. “It was like a splash of cold water to search inward on what was going on with me.”

She continued, “I still needed to deal with all my ex-husband stuff. I hadn’t. It’s almost like if I kept taking about it, it would seem like I actually cared about it. I don’t.”

Now, Perry is back with Mayer and their relationship is apparently getting stronger and more serious; the two even recorded a song together recently. “He’s just a fantastic partner,” Perry said of the “Who You Love” singer. “I’ve been a fan of his for such a long time. He’s got a brilliant, brilliant mind… it’s a rad, mature relationship.”