On occasion, random observations tie celebrities together in ways we never thought possible. Take a look at these comparisons. These celebs have more in common than you realize. 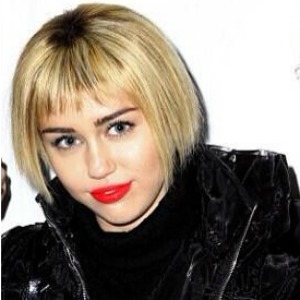 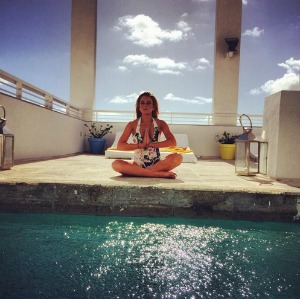 Don’t look now, but these two celebs, Miley Cyrus and Lindsay Lohan — who have become more infamous than famous for their offstage antics — both look… amazing. Lohan has kept a low profile since her latest release from rehab (sans recent reports of her connection to Barron Hilton getting his face smashed in) and in every image we’ve seen of her she looks happy and healthy. Her hair and skin look great and she’s at a healthy weight.

We would not go so far as to suggest that Cyrus is over her misguided, attention-grabbing stunts, but now we see what those horns on top of her head have been about. She’s been secretly growing out her hair and it looks fantastic. In this image, she’s also wearing what appears to be (are you sitting down?) a turtleneck. 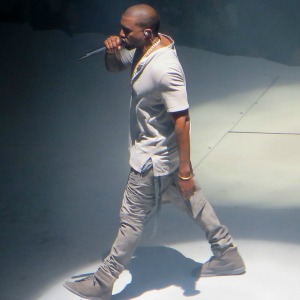 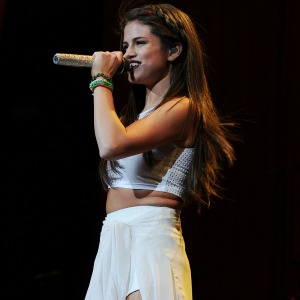 So what could foul-mouthed, narcissistic Kanye West have in common with sweet Disney princess Selena Gomez? Apparently, both had a meltdown on stage recently when their equipment wasn’t working properly and both stormed offstage because of it. The Tampa Tribune reported that West stormed offstage when the lighting for his show wasn’t working right and that he “screamed at his tech crew and barked at the audience” (he later returned to the stage).

On Friday night, Selena Gomez performed in Los Angeles, California, at the 2013 Jingle Ball and reportedly said “what the f***” into the mic when the sound wasn’t working. (Bet the parents of all the kids in the crowd could have done without that.) Gomez dropped the mic and stormed offstage instead of performing two other songs as promised.

What could news anchor Ron Burgundy and LeAnn Rimes possibly have in common? Burgundy has been here, there and everywhere promoting the upcoming Dec. 18 premiere of Anchorman 2: The Legend Continues. Burgundy and his news team showed up to Paul Rudd’s Saturday Night Live opener and sang “Afternoon Delight” with One Direction. (Hit the play button around the 9-minute mark.)

Rimes took a break from Twitter to release the video to her song, “Gasoline and Matches” with Rob Thomas and Jeff Beck. It’s an incredible video, shot entirely with an iPhone. It’s so cool, we’re even going to give Rimes a pass for her annoying little head tosses in the video. Still, it left us wondering. Who is like gasoline and matches? Was she referring to her very public feud with Brandi Glanville?