Barron Hilton was attacked at a party on Friday and the hotel heir was in the hospital for his injuries. However, his attacker has learned a massive lesson, and that is: Don’t mess with the Hilton family! 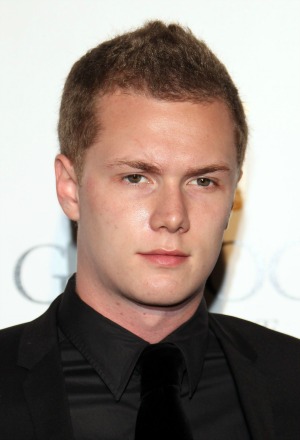 Barron Hilton, the younger brother of Paris and Nicky, was enjoying a night of partying Friday on Star Island in Miami before he was attacked and viciously punched in the face, which put him in the hospital.

It has been reported that the man responsible for the attack is Ray LeMoine, who allegedly punched the hotel heir in the face and is now on the run from the police.

Yet the question that remains is: Why on earth did the fight occur in the first place? Apparently, it is all because of Lindsay Lohan.

You don’t want to mess with the Hilton family and the accused man is clearly feeling stressed about hitting the 24-year-old socialite. According to the Confidenti@l section of the New York Daily News, LeMoine has fled his apartment and is apparently attempting to take refuge in Cuba.

LeMoine revealed to Confidenti@l, “I’m scared of the Hiltons and Paris’ Cash Money crew [she has a record deal with the company], so I am seeking refuge in Cuba.”

“Castro hates the Hiltons and took their Havana hotel in 1959 as a base after conquering Cuba, so they are stoked I’m coming down to hate capitalism. Viva la Lohan!”

The story gets even more bizarre because people are claiming that the troubled starlet Lohan reportedly ordered the attack on Barron, who posted a picture of his injured face on his Instagram.

https://instagram.com/p/ho2Qk6OnJ7
According to TMZ, Barron claimed Lohan approached him with a man believed to be LeMoine and told him, “You talk s*** about me to my boyfriend, this is what you get.”

However, sources told Confidenti@l these claims are completely ridiculous.

A source said: “This was not an organized operation and had zero to do with Lohan. It is more about someone who was drunk [and] being a d***.”

“There were a bunch of kids at the house, when Ray got back from a party, who weren’t meant to be staying there. They had all been up all night drinking and Barron was one of them.”

“When Ray asked Barron to leave, he flipped out and started shouting, ‘Don’t you know who I am? Do you know who my sister is?'”

The source added, ”Barron just snapped at Ray and started pushing him and shouting at him, and that’s when Ray hit him.”

There is no love lost between Paris and LiLo as they have a long history of feuds. So it is not surprising that The Simple Life reality TV star was quick to get behind her brother and warn off those who mess with her family in a now-deleted Instagram post: “They both will pay for what they did. No one f***s with my family and gets away with it!!”

The comment was since deleted, but we don’t think this celebrity feud is going anywhere anytime soon.