Susan Boyle wowed the judges’ panel and the world when she auditioned for Britain’s Got Talent in 2009, and the slightly peculiar woman has revealed what made her feel so different — she has Asperger syndrome. 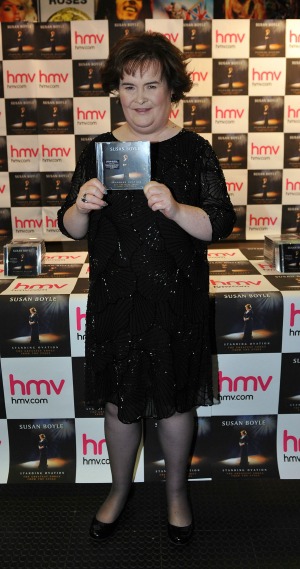 The world fell in love with a down-to-earth woman in 2009 after Susan Boyle silenced skeptics when she appeared on the Britain’s Got Talent show and rapidly rose to fame.

However, Boyle always felt she was somehow different and now the songstress has revealed to the world that she’s been diagnosed with Asperger syndrome, a form of autism.

All her life, the “I Dreamed a Dream” hit maker has been silently suffering from symptoms that hinder her learning abilities and social interactions, but things are looking up for Boyle, who finally has the answers she’s been searching for.

The singer had previously sought help for her condition but was told her problems were the result of oxygen deprivation that she reportedly suffered at birth. It was only after seeking the help from a specialist that Boyle was finally able to feel relief.

Boyle revealed to The Observer newspaper, “I was told I had brain damage. It was the wrong diagnosis when I was a kid. I have always known that I have had an unfair label put upon me.”

“Now I have a clearer understanding of what’s wrong and I feel relieved and a bit more relaxed about myself.”

“I would say I have relationship difficulties, communicative difficulties, which lead to a lot of frustration. If people were a bit more patient, that would help.”

However, the Scottish singer has a positive outlook on her condition and added, “Asperger’s doesn’t define me. It’s a condition that I have to live with and work through, but I feel more relaxed about myself.”

“People will have a much greater understanding of who I am and why I do the things I do.”