The Single Moms Club gives women some much-needed attention. SheKnows has an exclusive first look at the cast of Tyler Perry’s latest film. 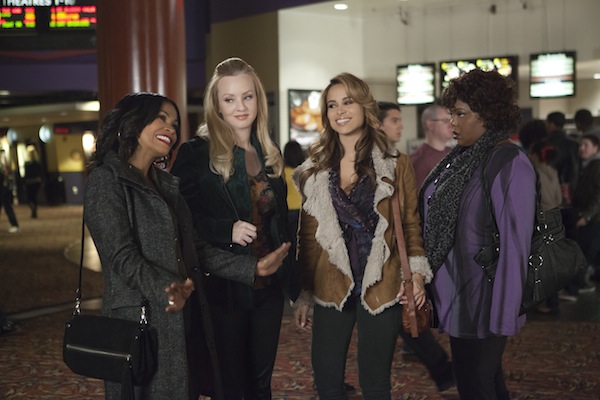 Single mothers everywhere, this one’s for you! Starring a talented cast of actresses, from The Best Man Holiday‘s Nia Long to Shameless‘ Amy Smart, Tyler Perry‘s new film The Single Moms Club celebrates these women who do it all.

These days, parenthood is more stressful than ever, especially when you’re doing it alone. That’s why great friends can be a lifesaver. The Single Moms Club embraces those relationships and promotes sisterhood among women. It also doesn’t hurt that these ladies are hilarious to watch. No matter what you’re going through, laughter is always the medicine, and The Single Moms Club has plenty of it.

The film follows a group of ladies with two major things in common: They’re single and they’re mothers. They come from all different walks of life but are united by an incident that occurs at their children’s school. The women bond over their personal struggles and become their own support system.

As we said earlier, the cast includes a who’s who of actresses. Aside from Long and Smart, there’s Wendi McLendon-Covey, who’s best known for her role in Bridesmaids as well as ABC’s The Goldbergs, plus Cocoa Brown, who’s no stranger to working with Perry. She recently appeared on his sitcom For Better or Worse.

But don’t worry, the film also has several good-looking men. Latin superstar William Levy lends his talents to the ensemble as does the athletic Terry Crews. Perry himself even appears in a supporting role. The cast is varied but the objective is the same: The Single Moms Club pays tribute to all the women who juggle romance, career and of course, motherhood.