Straight after 11 weeks of strenuous workouts for Dancing With the Stars, Jack Osbourne is hard at work on his next project, You Don’t Know Jack About MS. Let’s get to know Jack! 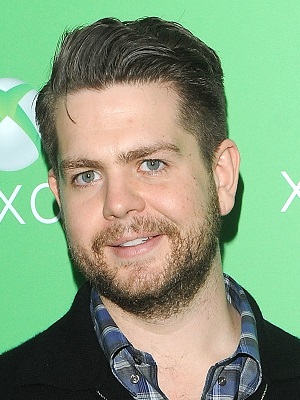 At only 28 years of age, Jack Osbourne has been a household name for a decade. With parents like Ozzie and Sharon Osbourne, it was difficult to stay out of the limelight. At 17, he and his family became one of the first celebrity families to put themselves under the constant scrutiny of television cameras on MTV’s 2002 hit The Osbournes.

Jack Osbourne wanted to win DWTS for everyone with MS >>

Jack had no idea what kind of impact doing that show would have on his life, and SheKnows recently had the opportunity to talk to him about that and his more recent health challenges.

“We all thought it would just be kind of a ‘thing,’ and then we’d just go on with the rest of our lives like no big deal,” he says of his time on The Osbournes. “That kind of wasn’t the case.”

Jack did a lot of things at a young age, such as getting clean and sober and doing The Osbournes. He has advice for anyone who finds themselves living an out-of-control, partying lifestyle.

“If you feel like something’s wrong, it doesn’t have to stay wrong,” he says.

He encourages people experiencing problems with addiction to educate themselves about what it could mean for their future.

Healthy living is important to Jack, as it helps him combat his symptoms of relapsing-remitting multiple sclerosis (RRMS). When he first started experiencing symptoms, he felt numbness in his legs and thought he was experiencing sciatica or a herniated disc. It was 18 months later, after experiencing vision loss in one eye, that an eye doctor told him the problem wasn’t with his eye and sent him to the hospital. There, he learned there was more to his symptoms than he’d thought.

“To have something go wrong with your legs, and then your eye, you’d never believe it was the same ailment,” Jack explains. He continues, “It’s like having an itchy foot and a cough and then someone telling you they were connected. You would never think that.”

Receiving his diagnosis just three weeks after his daughter Pearl was born, Jack consulted the internet only to discover there’s a lot of misinformation about MS out there.

Jack admits that having MS should probably have slowed him down a lot more than it has, just for the sake of rest, but having Pearl and work commitments has naturally slowed him a bit.

“Rock climbing is still one of my loves, but I just don’t have time to do it,” he says. “And I really don’t want to break myself rock climbing, because I’m already slightly broken.”

Dancing With the Stars seems difficult for everyone involved, but what about someone suffering from MS?

Jack explains, “I knew going into it that it would be very rigorous, both physically and mentally, so I had an idea things could get a little tricky at times.”

It wasn’t until closer to the end of the run that he started experiencing any symptoms, and even then, he couldn’t be sure it was due to the schedule or if it was merely a regular flare-up of MS.

“It’s just the nature of the beast. I could have been hanging out doing nothing and still had these mild symptoms,” he continues. “It was nothing serious. When you start feeling all weird, you take it easy, drink a lot of water, get some good sleep and see what tomorrow brings.”

He was beyond surprised that he made it to the top three. He was just hoping to make it all 11 weeks and ride it out to the end.

He says, “It wasn’t so much about winning. It was about going the distance — I didn’t need a trophy to feel like I accomplished something.”

Jack Osbourne’s lifesaving rescue in Hawaii — in his own words >>

“We’re getting some really good traffic to the site, and hopefully getting people some needed information and helping out where we can,” he says. “So far, we’ve gotten a lot of really positive feedback.”

The site features information on MS as well as webisodes featuring Jack as he goes about his life, including doctor’s visits and time with his family to help take some of the fear out of dealing with MS. There will be new webisodes for the next five weeks.

Drop by the website and get to know something about MS. Jack asks that when you visit the site, you tweet about it — you never know who it might help.

“There are so many symptoms [of MS], and they’re seemingly unrelated, so you don’t know what you’re looking for,” Jack reminds us. “Having the knowledge of what to be on the lookout for is key with this.”

What about Jack? Well, he’s still a big kid at heart who enjoys video games (his wife Lisa says he’s very good at them) and pizza — pumpkin and prosciutto pizza, to be precise. He’s a pretty sophisticated kid.