Spencer Pratt took the 10-year plan to graduate college, but he will finally be earning his degree from USC. 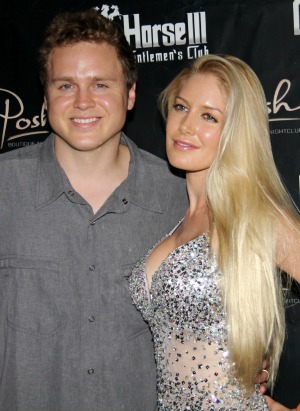 It’s hard to believe that the kids of The Hills haven’t even been in our lives for 10 years, but the stars are now all grown-up. Some of them are engaged, others are married and at least one of them is having babies.

Kristin Cavallari talks the real story behind The Hills drug use >>

And now, star Spencer Pratt has decided to finish something he started before the show even began — he’s graduating college. The 30-year-old enrolled at the University of Southern California back when he was 20, and he re-enrolled back in 2011, according to MTV. So why did he wait so long to earn his degree?

“I was busy being famous!” Pratt explained to Us Weekly.

Today was my last day of College @USC!
Best 10 years of my life! #Trojans pic.twitter.com/OXbQODlAni

With the amount of time it took him to graduate, he joked, “I should probably have a doctorate or two at this point, but I’ll take it.”

The 30-year-old also retweeted one of his professors.

Congrats to my former student @spencerpratt on completing his degree at USC. His work was something to take pride in. #FightOn!

The reality star is not yet quite done with earning that degree, though. He tells Us Weekly, “I’m done with classes. I still have one final, Spanish 3, but thankfully I have two weeks to study for it. My degree is going to be in political science.”

Does that mean he could see politics in his future? Time will tell, but since fame is fleeting, it’s good Pratt now has something to fall back on.

The other Hills stars are growing up as well. Both Whitney Port and Lauren Conrad were recently engaged, and Kristin Cavallari just announced she is having her second baby with husband Jay Cutler.

Lauren Conrad on engagement: “I had no idea it was coming” >>

You can see Pratt back on TV — along with his wife, Heidi Montag — on their E! special, After Shock: Heidi & Spencer, on Monday, Dec. 9.