Amanda Bynes has enrolled in fashion school despite allegedly being told by doctors to get more treatment for her mental issues. 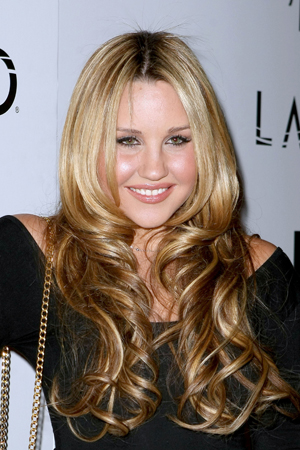 After being released from The Canyon Treatment Center in Malibu, California, Amanda Bynes went live with her parents and enrolled in fashion school. However, her doctors reportedly advised her to seek further treatment before venturing off to college.

All Amanda Bynes wants for Christmas is to leave rehab >>

Bynes’ lawyer, Tamar Arminak, said in a statement that “Amanda has completed her inpatient rehabilitation and she’s feeling much better every day. She’s now looking at various colleges with the intention of majoring in fashion design.”

However, according to RadarOnline source, the troubled actress “was told by her doctors that going to fashion school, so soon after being released from The Canyons… is an absolutely terrible idea.” The doctors reportedly claimed that Bynes will probably not be able to keep up with her school work and the demanding deadlines that come with it, so “it’s unlikely she will be able to succeed.”

The school Bynes enrolled in is about two hours away from her parents’ house and it’s not clear how she’ll get there as she still doesn’t have a driver’s license. Perhaps there’s a good bus route near the area where she lives, as it’s unlikely the 27-year-old former actress would stay at the school dorms due to her famous and troubled status.

Arminak added that Bynes should be in good shape to attend school since her outpatient treatment is still ongoing even though she’s out of the rehab facility. The aspiring fashion designer is also “very happy to re-establish the loving relationship with her family that she once shared.”

As it’s now widely known, Bynes was diagnosed with schizophrenia after a series of odd and bizarre incidents finally landed her in the hospital’s mental ward under a 5150 mandatory hold.