Jen Arnold, the star of the hit TLC show The Little Couple, has sadly been diagnosed with a rare form of cancer, but is determined to win the battle. 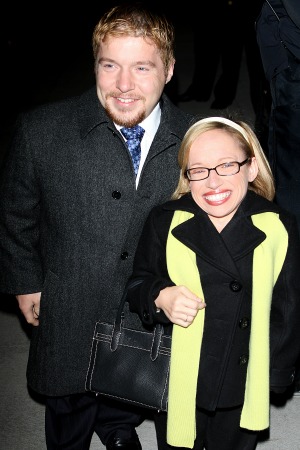 It’s a sad day in Hollywood: We’ve just learned that Jen Arnold has been diagnosed with cancer.

Arnold, perhaps best known as the star of the hit TLC series The Little Couple — which follows the beautiful relationship she has with her husband Bill Klein — has just revealed that she’s suffering from a rare form of cancer.

The sad news has put a massive damper on the couple’s happiness. They’ve just celebrated the arrival of their second adopted child, daughter Zoey, 2, from India — a happy addition to their family and a welcome playmate for Will, 3, whom they adopted from China.

Arnold, a Houston neonatologist, is still showing strength and positivity about her situation. She told People, “I have recently been diagnosed with a rare type of cancer and am currently undergoing treatment, including surgery and chemotherapy.”

“I am very fortunate as the prognosis is good. While there is never a good time to get news like this, getting it just as we are building our new family is tough in many ways… But being surrounded by the love of my husband and our two beautiful children is actually in many ways giving me the strength to fight it even stronger.”

Arnold may only be 3 feet 2 inches tall, but her strength is overwhelming and while details about the form of cancer that the 39-year-old star is suffering from have not yet been released, her fans are hoping she makes a full recovery soon.

The world has fallen in love with the couple since they first appeared on TV in 2009 on The Little Couple: Just Married, and Arnold has been surrounded with love and support from not only her family but the general public.

Her loving husband shared his feelings on Twitter: “My darling wife released today that she is currently battling a form of cancer. Prayers are welcome, hugs are not due to her weakened state.”

Our thoughts are with The Little Couple stars during this trying time. Other celebrities like Hugh Jackman and Camille Grammer have also sadly been battling various forms of cancer this year.