Jay Z shocked everyone when he decided to completely change career paths and become a sports agent. But it looks like his new path is off to a very good start. 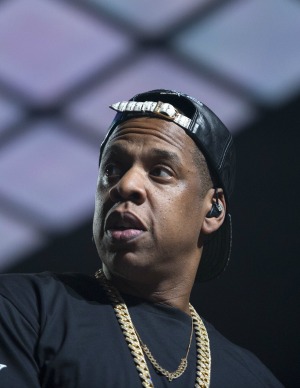 Jay Z is off to a good start as a sports agent. Although it could have ended much, much worse.

SportsCenter is reporting that the rapper has helped his client, baseball player Robinson Cano, score $240 million over 10 years with the Seattle Mariners. But the news comes after reports Jay Z almost ruined the deal with the Seattle team.

According to the New York Daily News, the Mariners walked out on negotiations Thursday night after Cano’s new agent reportedly asked the team for a 10-year, $252 million deal.

The newspaper said the team had wanted an eight-year, $200 million deal with the second baseman. Cano said he would accept if they agreed to nine years and $225 million. But then Jay Z’s team came in and said they wanted $252 million.

Mariners chairman and CEO Howard Lincoln reportedly exploded after the request and left the room, and was not planning to reopen negotiations. But they did so Friday morning, which led to the $240 million contract.

In comparison, the Yankees had made Cano an offer of seven years, and a contract of between $160 million and $170 million, but did not hear back from Jay Z after saying they would not be paying him $200 million.

“We think that Robbie Cano is a great player,” Yankees president Randy Levine told USA Today Sports before the Mariners deal. “We made him what we think is a very competitive serious and very fair offer. We understand he has a right to test the market. We hope he remains a Yankee.”

The reported deal is a victory for Jay Z, who only recently decided to embark on his new career as a sports agent. The rapper and and his company Roc Nation were certified back in June, after giving up his stake in the Nets, a team he helped bring to his hometown of Brooklyn, New York.

There is no word on Roc Nation’s commission for the deal, but it shows Jay Z means business and will likely be thought of as a serious contender in the sports world.