Ever wonder how supermodels like Alessandra Ambrosio get those to-die-for bodies? Just in time for the Victoria’s Secret Fashion Show, we take a look at how four of the show’s models get their fit and fab physiques. 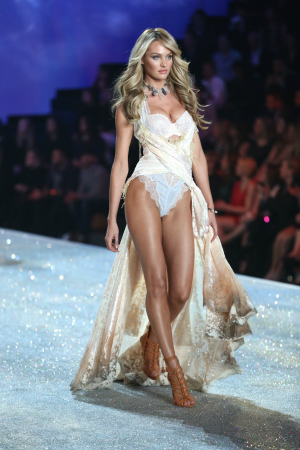 You don’t land yourself in the No. 9 spot on Forbes‘ list of highest-paid models for 2013 with a less-than-impressive figure. Swanepoel, who takes pride in her self-proclaimed buns of steel, told FitSugar.com last year that she and her trainer zero in on her derriere during workouts. “Butt is really important so [my trainer and I] always end with butt lifts on all fours,” she said. The buxom beauty also enjoys fit extracurricular activities such as yoga and boxing. 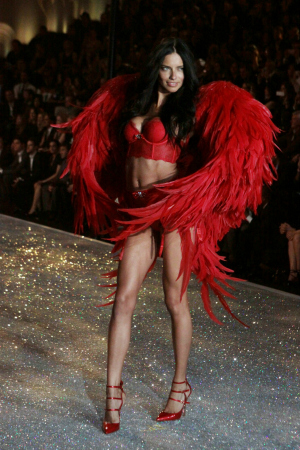 When it comes to keeping her hot body in top form, Adriana Lima stresses the importance of a proper diet. In an interview with Yahoo! Shine, the leggy Brazilian mentioned that blackberries, blueberries and steamed veggies should be your go-to snacks if you’re trying to keep trim. As for those enviable abs, we suspect she got them in part by relying on her core to keep her upper half from crumbling under the sheer weight of those alarmingly realistic red angel wings. 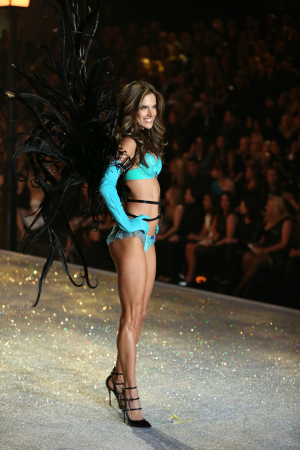 An active lifestyle is paramount to staying in shape for veteran Angel Alessandra Ambrosio. When Perez Hilton asked her how she manages to have such a killer figure, Ambrosio revealed that she stays busy with spinning classes, yoga and playing beach volleyball with her besties. And, well, it probably doesn’t hurt that she spends her downtime chasing after her two adorable tots, Anja and Noah — nothing will get your heart rate up quite like keeping a toddler from tearing your home apart. 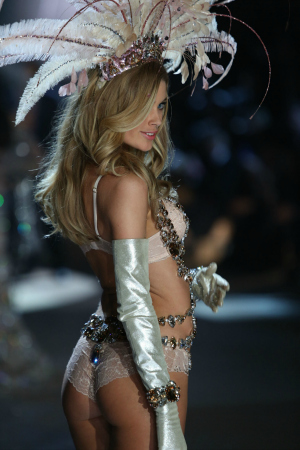 Not all VSFS models are naturally lean and lanky. “I have a voluptuous body,” Doutzen Kroes confessed in an interview. “I am not one of those skinny girls.” While we aren’t sure Kroes shares the same definition of voluptuous as us, we do have to admit she’s got some seriously sexy curves. Perhaps her pert bottom comes in part from having to teeter gracefully down the runway in obscenely high heels.