There’s good news for Dustin Hoffman fans. If you want to get your hands on some of his expensive collectibles and antiques, they’re going under the hammer… 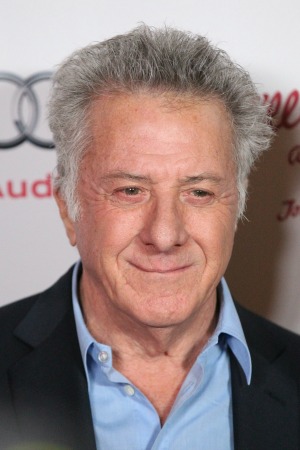 Dustin Hoffman clearly has a lot of possessions because the 76-year-old actor has decided it is time to clear out his house and sell of hundreds of expensive possessions and antiques.

The Meet the Fockers actor has a beautiful triplex apartment in The San Remo building on Central Park West in Manhattan, New York City — the amazing apartment that previously belonged to Steven Spielberg, Steve Martin and Diane Keaton.

The luxury apartment was filled with hundreds of collectibles and prized possessions that the Academy Award-winning star decided needed to go on auction.

Hoffman sent more than 200 pieces under the hammer and according to the New York Post’s Page Six, these include artwork, expensive furniture and even movie paraphernalia that came from his private screening room.

The items will be on auction at the Nye & Co auction house, available online from Dec. 3 through Dec. 17. Page Six reported that there are two autographed movie projectors, high-end designer Qing Dynasty furniture, along with pieces from Baccarat, Cartier and Steuben and Lalique glass that are available.

The items also include something you wouldn’t expect Hoffman to own — an extensive collection of porcelain dolls beginning at just $25 to a whopping $1,500.

Other highlights Page Six mentioned include “a George III leather-upholstered easy chair, a mid-18th-century Irish mahogany pier table, a Regency étagère, an oversized gateleg table and a pair of Chinese pier tables with other examples of Asian furniture.”

Unfortunately for fans, the Rain Man actor has not chosen to put any props or memorabilia from his own films under the hammer.