Paris Hilton has found herself in the middle of a nasty and controversial hoax, which makes the hotel heiress look as if she has confused the late former South African President Nelson Mandela and the Rev. Dr. Martin Luther King Jr. 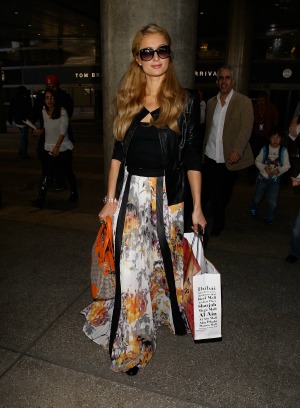 The world is still in mourning after hearing the tragic news that a great man has fallen.

Nelson Mandela died on Thursday at age 95, and while many people are shocked and upset, there is always going to be someone who lacks compassion and would prefer to spend his or her time making hoaxes.

Paris Hilton found herself the subject of a hoax yesterday, when someone decided it would be amusing to pretend The Simple Life star was confused about who Mandela was.

The tweet read, “RIP Nelson Mandela. Your ‘I Have A Dream’ speech was so inspiring. An Amazing man.(sic)”

Poor Paris became the target of online abuse over the fake tweet and was so upset she decided to respond by making a new tweet: “Whoever made that stupid fake tweet lacks respect to the loss the world is mourning right now. Same goes for all the blogs who ran with it.”

Multiple celebrities have paid their respects to Mandela’s passing and Hilton was no exception as she tweeted her respect for the admired late leader.

Hilton tweeted, “Just landed & heard the sad new about Nelson Mandela. He was a true Hero & the world is a better place because of him. May he rest in peace. (sic)”

The “Stars Are Blind” singer may have been subject to an online hoax, but many Twitter users embarrassed themselves last night when they decided to pay tribute to the anti-apartheid hero by using a picture of actor Morgan Freeman.

Freeman is still very much alive and starred as the late hero in the popular movie Invictus.

Our thoughts are with the Mandela family during this difficult time.