Kirstie Alley has never been known to mince words. On Wednesday, she admitted to Howard Stern that she’s no fan of Leah Remini. 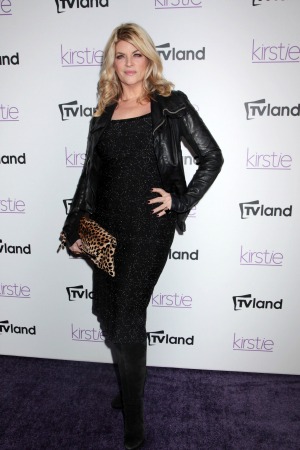 All of the rumors about Kirstie Alley and Leah Remini being enemies were confirmed on Howard Stern’s show on Wednesday. Alley, who is promoting her new TV Land show, Kirstie, didn’t hold back when she criticized her former Scientology friend.

The actress explained to the radio personality why she was so upset with Remini.

She said, “I think that is the most repulsive thing that a person can do is attack another person’s faith.”

Scientologist Kirstie Alley betrayed by Dancing With the Stars >>

Remini has been pretty vocal about her exit from the often-questioned religion and how she felt shunned by her former, famous Scientology friends. Yet Alley said that the Season 17 Dancing With the Stars contestant’s comments were incorrect.

Alley shared, “First of all, I just want everyone to know that I have hundreds of friends who have come into Scientology and left Scientology. You’re not shunned, you’re not chased. All that stuff’s bulls***. However, when you are generalizing and when your goal is to malign and to say things about an entire group… when you decide to blanket statement that Scientology is evil, you are my enemy.”

The frenemies had cryptically traded barbs over Twitter after Leah left the church, but it seems the two hadn’t even been close in recent years.

“The truth is, I don’t think I’ve seen Leah for like seven or eight years,” she revealed, “not for any reason other than I’m acting and she’s acting… I didn’t care if she was in or out, I honestly didn’t.”

Alley wrapped up her Remini rant with, “I have blocked her on Twitter… because she’s a bigot.”

Remini hasn’t made a public statement about Alley’s sharp comments, but she did write a rather telling post on Twitter with a quote from Mark Twain after a fan asked her about Alley’s appearance on Stern.

While it doesn’t look like these two will be friends ever again, they are both appearing on the same network. Remini is currently recurring on The Exes while Alley shoots her new show. Let’s hope they don’t cross paths on the studio lot.