Did you miss two of reality television’s biggest villains? Spencer Pratt and Heidi Montag are back in the spotlight with a new TV special. 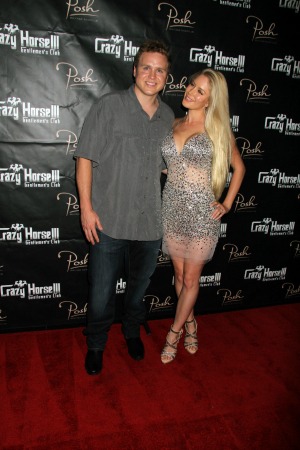 At the height of their fame, Spencer Pratt and Heidi Montag were on every tabloid magazine cover and on every red carpet. Fast forward to 2013, the couple is emerging from a few humbling years away from the spotlight.

The married duo opened up to In Touch about how they blew through $10 million in a very short period of time.

The ultimate budget buster was when Montag spent $30,000 to alter her looks through plastic surgery in 2010. The naturally pretty blonde was barely recognizable once she emerged from under the surgeon’s knife. The expensive alterations almost forced the MTV stars to file for bankruptcy in 2011.

However, they are coming back to the spotlight with lessons learned and a more rational perspective.

The 27-year-old Montag shared, “Now I can spend like $100 at Victoria’s Secret. I feel like a different person.”

LeAnn Rimes to star in reality show with husband >>

Although she has no regrets about participating in The Hills, she does know that it changed the course of her young life.

“I didn’t realize people would only know me as that character. It was just a persona I played up to make a paycheck. [The show] took a toll on my soul. I’m thankful not to have fake fights anymore!”

For fans of the TV personalities, they are back on Dec. 9 with a new E! special After Shock: Heidi & Spencer. The show documents their rise and fall in the reality TV world and where they are headed next.

The one place the two won’t show up is to former BFF Lauren Conrad’s wedding. While the two frenemies have spoken in recent years, an invitation to the ceremony is probably not in the cards.

Montag revealed, “She was really sweet, but I don’t think so.”