Keri Russell and husband Shane Deary announce their separation just days after the actress’ home was broken into as she slept. 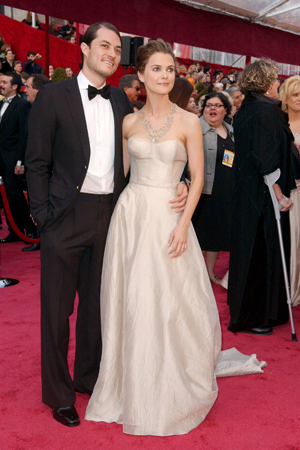 It hasn’t been the best year for Keri Russell. She announced her split from husband Shane Deary just days after her home got broken into while she was sleeping.

The actress and her husband separated this summer after seven years of marriage. They have two children, River, 6, and Willa, 23 months. “They have been separated since early summer,” Russell’s rep told People magazine. “The separation is amicable and their focus is on their children.”

It was just earlier this week that Russell made headlines after her townhouse in Brooklyn Heights, New York, was robbed while she slept. Luckily, nothing happened other than having a few items taken, and she wasn’t harmed in any way. “Everyone is fine, and Keri sends her thanks to the police,” Russell’s rep told Us Weekly.

The two men believed to have robbed Russell’s home were caught and charged with burglary. When found, they were in possession of the former Felicity star’s items, which included a Filson handbag, a laptop and some jewelry.

Russell, 37, and Deary, who is a carpenter by trade, married on Valentine’s Day in 2007 and were believed to be happy together until now. Ironically, Russell just told Capitol File magazine’s holiday issue how she’s been able to balance life with her family while filming her FX series, The Americans, in Brooklyn, New York.

“I ride my bike to work,” Russell revealed, “It is much closer to my family. It’s the perfect job for a working mom.”

But eyebrows were raised when news broke of the break-in into her apartment and it was revealed Russell was asleep by herself with her husband nowhere nearby. Makes sense now that the split was announced.