The Grammy nominations concert has become a huge event, and this year is no different. Watch Lorde, Macklemore, Taylor Swift and others perform Friday night. 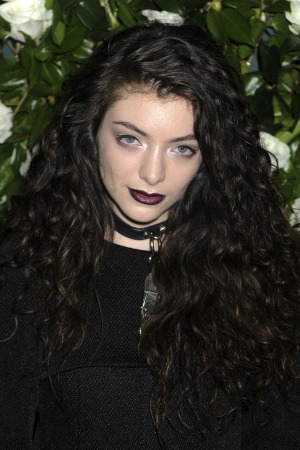 The Grammy nominations concert is quickly shaping up to be as star-studded at the Grammy Awards themselves! The show this year will also be full of artists likely to be nominated at this year’s award show.

Seventeen-year-old Lorde has been added as a performer. The New Zealand native’s name has been mentioned for possible nominations in categories like Record of the Year (for “Royals”) and the much-coveted Best New Artist.

Earth, Wind & Fire and T.I. have been added to Robin Thicke‘s performance of “Blurred Lines” (hopefully a little more tame than the Video Music Award version). Keith Urban and Miguel and Macklemore & Ryan Lewis will also perform. Arsenio Hall, Ed Sheeran and Enrique Iglesias have all been added as presenters.

Katy Perry and Taylor Swift will also perform — Perry from Canada and Swift from Australia.

The concert is often a sign of the best of the best — and therefore a clue to which artists might be nominated. Besides Lorde’s potential, other performers being mentioned as possible nominees include Taylor Swift, Katy Perry and Macklemore & Ryan Lewis. Billboard’s predictions for the night’s nominations also include Justin Timberlake, Bruno Mars, Daft Punk, Florida Georgia Line and Imagine Dragons.

Mumford & Sons performed at the 2012 nominations concert, and ended up winning the biggest prize of the Grammy Awards — Album of the Year. The 2013 show signaled a return of indie to the mainstream music industry, but it’s not yet clear who will rule the 2014 Grammys.

LL Cool J is hosting “The GRAMMY Nominations Concert Live!! — Countdown To Music’s Biggest Night,” which will take place Friday night, Dec. 6 on CBS. This is the show’s sixth year, and the rapper and actor has hosted each year.

The 56th Annual Grammy Awards will be held Sunday, Jan. 26 on CBS.