Miley Cyrus said she wants a boyfriend who will wear jeans with her, and tweeted photo of Britney Spears and Justin Timberlake wearing matching denim at the 2001 AMAs. 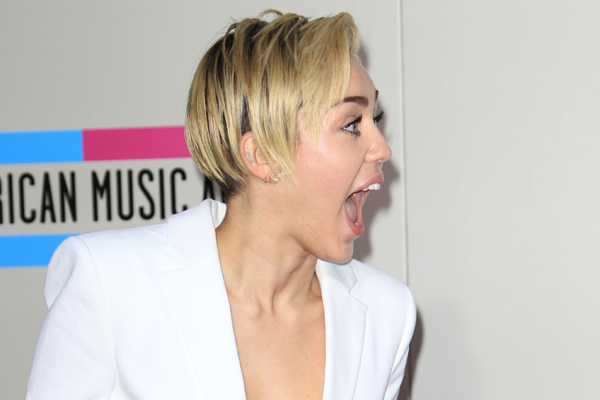 Is Miley Cyrus ready to move on from Liam Hemsworth? The “Wrecking Ball” singer claims she wants a boyfriend she can wear head-to-toe jeans with à la Britney Spears and Justin Timberlake.

Sharing her new whim on Twitter, Cyrus told her followers she’d like a jean-wearing significant other and posted a photo of Spears and Timberlake’s infamous jean outfits at the 2001 American Music Awards.

“I want a boyfriend that will wear jean on jean on jean with me,” she wrote along with a photo of Spears and Timberlake when they were a jeans-wearing item.

The ever-controversial singer broke off her engagement with Hemsworth three months ago and said she’s now having the “best time ever,” Us Weekly reported. But the site also claims that Cyrus has been exchanging “flirty texts” with the Australian actor and that he’s trying to get her back.

However, other recent reports claim that Hemsworth is as happy as he’s ever been after his split from Cyrus. The Hunger Games hunk also hinted that he may have a small crush on his co-star Jennifer Lawrence when he did nothing but praise the up-and-coming star.

“Being around someone like Jen, who is so honest and laughs all day long, I am forced to be in the right now. I’m much happier,” Hemsworth said. He later added on the Tonight Show with Jay Leno that “she’s obviously one of the best actresses I’ve ever worked with. She’s incredible on set. She’s an absolute maniac in the best way possible.”

Hemsworth also said that since he broke up with his ex-fiancée, he’s been “more centered and grounded” than he’s ever been before.

Looks like Cyrus will need a totally new man to wear jeans with!