There’s just a little over a month before the second half of Ravenswood Season 1 begins. Find out what’s in store! 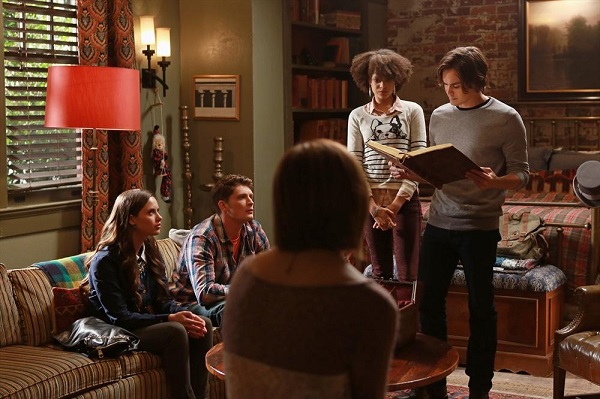 The photos released by ABC Family for the Ravenswood Season 1 Episode 6 titled “Revival” are about as clear as mud, so we’ll have to play a guessing game about what on earth they could mean. The video is a lot more revealing.

Ravenswood mid-season finale review: Things will never be the same >>

According to the official synopsis, the installment will delve into the following:

What about the photos? The first one, above, shows the gang sitting around some sort of valise, reading a large book. That seems innocuous enough. 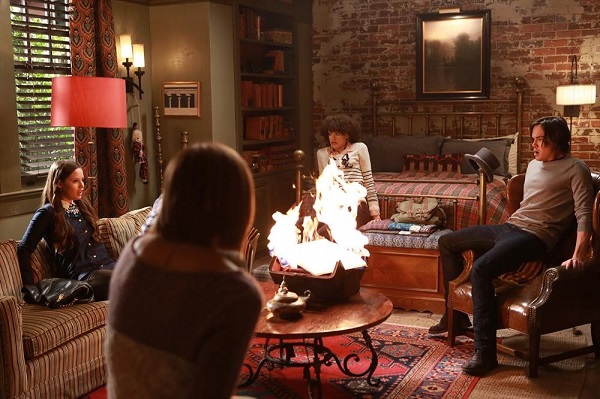 Caleb either dropped the book or something knocked it out of his hands. Judging by the look on his face, we’d go with the latter. It bursts into flames! 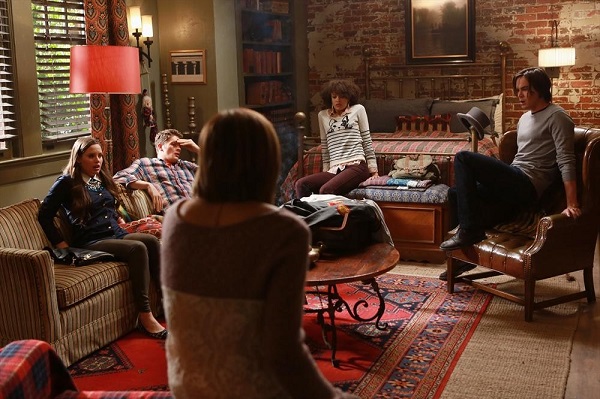 Something snuffs the fire out and darn if it doesn’t look like a vintage uniform. There is a patch of some sort on the sleeve. Their astounded looks indicate it appeared out of nowhere just in time to save the day. 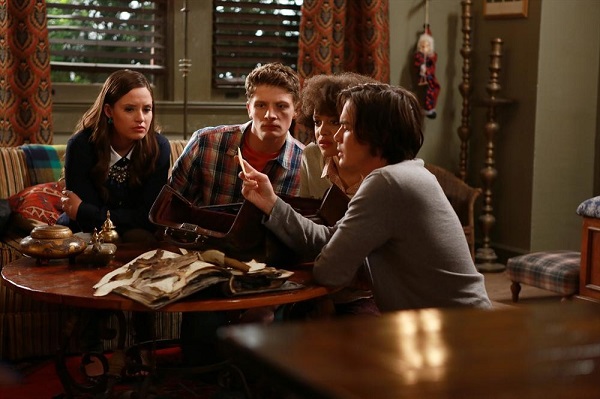 What’s left of the book might hold some valuable clues, so the foursome digs in.

The title is intriguing. What could “Revival” mean? In an interview with TV Line after the mid-season finale, Ravenswood Executive Producer Oliver Goldstick shared that Miranda’s death doesn’t necessarily have to stick and they’ve not committed to her character not returning in another form. Maybe the book tips them off to the possibility that Miranda could come back to them.

The events in the video unfold pretty quickly, but the words that Caleb says to Miranda, “Eternity is right now,” are spine-tingling!

Would the show be as exciting if Miranda came back from the dead, or do you want her to stay in the hereafter for the foreseeable future?

Share your thoughts in the comments. Let’s get some discussion going here!