Is Miley Cyrus the new Madonna? At least one indie rock duo thinks so, and they might not be too far off the mark. 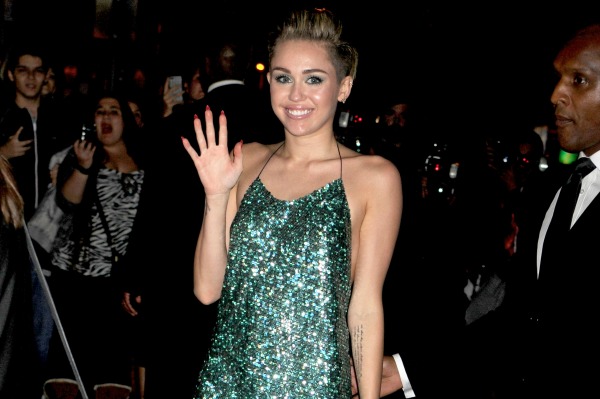 Miley Cyrus has shaken up the world of pop, about that there is no doubt — but is she as influential as the queen herself, Madonna? She may very well be on her way.

Indie rock darlings Tegan and Sara think the former Disney princess has all the makings of a legend.

“The controversy around her shouldn’t distract from her being a quintessential pop star,” Sara Quin told NME.

“She’s this generation’s Madonna — a hugely talented pop star with agency over her body and sexuality, which terrifies people. And she’s constantly switching up between sounds. Bangerz is part electro, part country, part rap, all incredible.”

This isn’t the first time the duo has voiced their opinion of the “Wrecking Ball” singer. In October, they tweeted their confusion over the uproar Cyrus was causing in the press, and in August compared their stylin’ hair cuts.

Like Madonna, one main criticisms of Cyrus seems to be her fashion choices — but then again, sometimes she looks amazingly on point. Time magazine is equally as undecided on this point and made the unprecedented move of placing the star on both its Worst- and Best-Dressed lists for 2013.

The worst dressed nod obviously is for her nude latex two-piece worn under her teddy bear jumper at the 2013 MTV Video Music Awards, the perfect ensemble for dry humping Robin Thicke in front of millions. The best dressed accolade comes for the sparkling green Marc Jacobs gown donned for the Fashion Group International’s Night of the Stars. Cyrus is also enjoying being named as one of Barbara Walters’ Most Fascinating People of 2013.