Amanda Bynes has faced several trials on her road to recovery, but the troubled starlet is finally getting her life back on track and already has career plans… 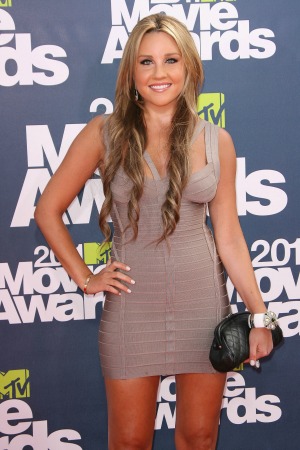 There’s good news for troubled starlet Amanda Bynes — she’s just been released from rehab and will be continuing on her challenging road to recovery at her parent’s home in Los Angeles, just in time for Christmas!

The actress faced a very public meltdown and her bizarre behavior, which finally led to an involuntary psychiatric order in July, was the topic on everyone’s tongue.

Since being admitted to a rehab facility in Malibu, California, there has been very little information on Bynes’ treatment, but now it seems she is well on her way to recovery.

A statement was released by her lawyer Tamar Arminak, who said, “Amanda and her entire family would like to thank everyone who’s contacted them with good thoughts and wishes for Amanda’s recovery.”

“Amanda has completed her inpatient rehabilitation and she’s feeling better every day. Despite the fact Amanda is no longer in a facility, her outpatient treatment is continuing.”

“She’s very happy to re-establish the loving relationship with her family that she once shared.”

It has been a tough few months for the Easy A actress, who spent time at the UCLA Medical Center in California, where she was allegedly diagnosed with schizophrenia and bipolar disorder, and then the Canyon treatment facility in Malibu.

However, we are now happy to hear that Bynes is doing much better. Although her mother Lynn still has temporary conservatorship over her daughter, the former Nickelodeon star is apparently working hard to get her life back on track and has already set her sights on a new venture.

Arminak continued, “She’s now looking at various colleges with the intention of majoring in fashion design. She’s mentioned before she’s interested in creating a clothing line.”