Lindsay Lohan is fresh from rehab, working hard and starting a lot of new rumors in the tabloids. 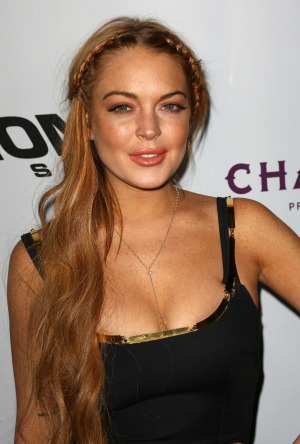 Despite reports, it appears that Lindsay Lohan is still single. Page Six is reporting that the actress is secretly dating the son of her Parent Trap mom, Natasha Richardson. Michael Neeson is also the son of Liam Neeson.

“They were together at a house party of one of Lindsay’s stylist friends before Thanksgiving, and were together at Finale on Friday,” the tabloid reported. “Lindsay was seen leading him into the women’s bathroom, hand-in-hand.”

The source added that, “Lindsay seems to have this thing for younger men at the moment.”

But it appears there is no truth to the rumor. A rep for Neeson told Page Six that “it’s not true.” Lohan’s rep said, “Lindsay is friends with Michael but they are not dating.”

Neeson’s mom, Richardson, starred with Lohan in The Parent Trap in 1998. She died in 2009 after hitting her head while skiing in Quebec, Canada.

Liam Neeson had previously said he doesn’t want his kids around show business, and definitely doesn’t want them to be actors.

“You go for an interview for a part and you’re rejected for all sorts of things — you’re too tall, or too Irish,” Neeson told the Belfast-Telegraph. “It is a hard process to go through and I don’t want my kids to have to feel that.”

Lohan always seems to be the subject of new dating rumors, but it looks like she is single and loving it. While it’s odd she was out at a club since she was released from her latest rehab stay back in October, she is reportedly focusing on her career, according to TMZ. It looks like the 90-day stint may have worked this time, and Lohan is actually focused on staying clean. She also spends three days a week shooting her docu-series for the Oprah Winfrey Network.