Prepare for another Greek vs. Persian battle in 300: Rise of an Empire. The new trailer has more swords and sandals than you can handle. 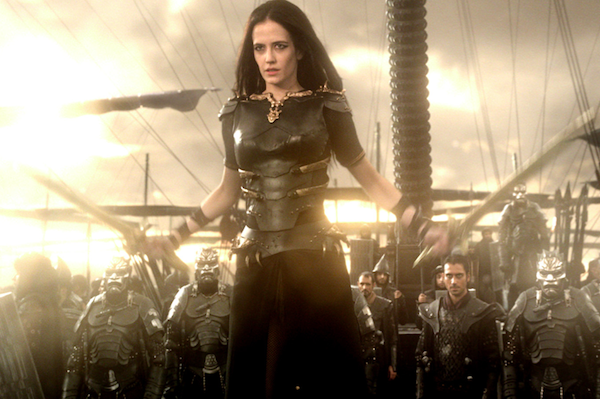 Warner Bros. has released a new trailer for 300: Rise of an Empire. It’s another chapter in the graphic novel adaptation that began with 2006’s 300. That film was a breakout hit for Scottish actor Gerard Butler and Brit Lena Headey (Game of Thrones).

300: Rise of an Empire trailer has warriors and drama

Rise of an Empire loses Butler, but gains Sullivan Stapleton as a Greek general called Themistokles. Like his predecessor, he’s in the heat of battle, but this time the action takes place at sea. Themistokles wants to unite his native country, and in the process, change the course of the war.

His army is pit against massive Persian forces led by Xerxes (Rodrigo Santoro) and his naval commander Artemisia (Eva Green). Rise of an Empire is actually based on Frank Miller’s graphic novel, Xerxes. Also, we’re not surprised he’s a focal point considering his fantastical background. He’s described as a mortal-turned-god.

Despite Xerxes’ intimidating presence, we learn that he doesn’t work alone. Behind this strong man is an even stronger woman. Artemisia’s more than meets the eye.

Watch the new trailer for 300: Rise of an Army:

The film is directed by Noam Murro from a screenplay written by Zack Snyder and Kurt Johnstad. It will be available in 3-D and 2-D in select theaters and IMAX starting March 7.

And now check out trailer No. 3:

What do you think of the trailers?