The death of celebrities from drugs or alcohol seems to have become part of popular culture, but why? A new infographic shows the relation between 75 celebs. 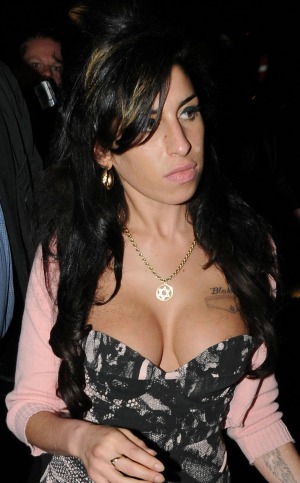 “With great wealth and fame also comes great responsibility — especially for celebrities,” the Coalition Against Drug Abuse writes. “Famous actors, musicians and athletes all have to maintain a public image while balancing the rigors of their work with the allures of pleasure.”

The group put together an infographic to show 75 famous musicians, actors, athletes, authors and artists who have died unexpectedly from drug or alcohol use, and the results are eye-opening. The names on the list include Kurt Cobain, Marilyn Monroe, Cory Monteith, Michael Jackson, Brittany Murphy, Jimi Hendrix, Anna Nicole Smith and others.

The group went on to warn of other celebs “who might end up going down the same path”, like Miley Cyrus.

“[Miley] is all the rage these days. At 20 years old, she’s singing songs about ‘waiting for lines’ and ‘dancing with Molly’ — which is the street name for MDMA, the lifter-upper in ecstasy,” they wrote. “She’s also posting Twitter pictures of herself smoking cigarettes, broadcasting these images to her millions of young adult followers.

“Her behavior appears to be more extreme lately. Will she become reckless?”

But the group then names celebs who have admitted drug use, but have not ended up dead because of it, including Angelina Jolie, Oprah Winfrey, George Clooney, Justin Timberlake and Drew Barrymore.

“High incomes and a developed, American party culture allow them sustained access to drugs, which when combined with the stresses and pressures of fame, sometimes leads to addiction and overdose,” they added. “Whether an instance of overdosing is intentional or not, it’s always important to keep these celebrities — and all loved ones lost to the grip of drugs — in memoriam. May they be examples of the realities and hardships that make drug addiction a serious public health concern today and remind us to get help for those who need it.

“Always keep an eye on people close to you who you suspect might have a problem with drugs. Get them help — they’ll thank you for it later.”