Sex, corruption and politics blend together seamlessly in the Netflix original series House of Cards when it returns for its second season on Valentine’s Day 2014. 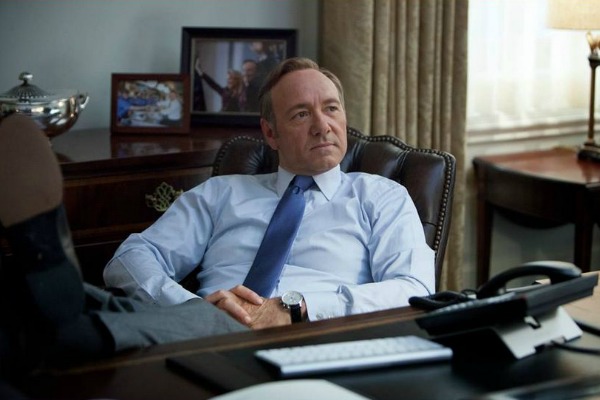 House of Cards fans have more to look forward to next Valentine’s Day than just a box of chocolates. Netflix has announced that the series will return for its second season on Friday, Feb. 14, 2014.

The series does have at least one thing in common with chocolates, though: Binging. Netflix subscribers will once again be able to binge-watch all 13 episodes when the second season is released.

House of Cards received critical acclaim in its first season; both Kevin Spacey and Robin Wright received Emmy nominations for their performances in the drama. The nominations secured a place for the series in television history as the first Internet-streamed series to earn prime-time Emmy nominations in major categories, including outstanding drama series and lead actor and actress. In addition to the nominations in the lead actor and actress categories, David Fincher also picked up the award for best director of a dramatic series.

The second season promises even more sex and corruption as Francis (Spacey) and Claire (Wright) Underwood continue their ruthless rise to power while threats mount around them on all fronts. Meanwhile, Zoe Barnes (Kate Mara), an up-and-coming reporter and Francis’ former paramour, is inching closer to the truth about his crimes. While President Walker’s billionaire confidante Raymond Tusk (Gerald McRaney) demands that Francis reciprocate political favors or face retribution, Claire has troubles of her own as she confronts the increasing glare of the spotlight as it eats away at her and Francis’ once-private existence.

In essence, the Underwoods must overcome these dangers, both past and present, to avoid losing everything, regardless of any collateral damage they leave in their wake.

Up all night: TV shows you’ll watch from beginning to end >>

Netflix has released a very brief but still sexy preview of the new season. Check it out below and see if you can gather any clues about what kind of trouble the characters will get into in Season 2.

Are you planning to watch every episode of House of Cards Season 2 as soon as it’s released on Netflix?