Kanye West And Kim Kardashian are planning the wedding of the century and if rumors are true, they’ll be having a royal affair! 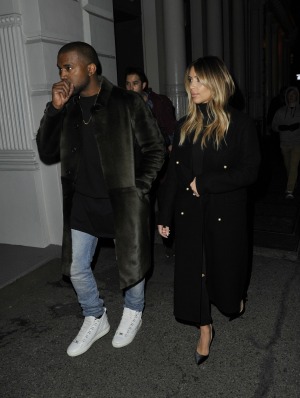 We all know that Kim Kardashian and Kanye West are a couple not too concerned with expenses, and we’re expecting quite a wedding bash.

But not even we could predict that they want to have their wedding at the Palace of Versailles.

It’s been reported that the couple allegedly has their sights set on one of the most beautiful destinations in the world, and Kimye are known to love Paris so it makes sense to want to wed at the royal château southwest of Paris.

This is West’s first wedding and because his fiancée Kardashian has already walked down the aisle twice before — once to music producer Damon Thomas and then to basketball player Kris Humphries — she’s giving him full rein to plan the big day.

A source told Us Weekly magazine, “Kanye has never been married and wants a big [wedding]. They are not working with a budget.”

If the couple’s house, complete with gold-plated toilet seats, and West’s proposal are anything to go by, then they’re certainly unconcerned when it comes to finances.

For the proposal, the “Bound 2” singer pulled out all the stops and ensured that Kardashian was wowed when he hired out the San Francisco’s AT&T Park stadium complete with fireworks, a 50-piece orchestra and a whopping 15-carat Lorraine Schwartz diamond ring, so we wonder now: how he will top that?

West does have some big plans and intends to make his wedding the biggest show on earth. A source previously revealed West’s plans for his big day to RadarOnline, saying, “Kanye has a very specific vision of what the ceremony should look like and this won’t be an understated or intimate event.”

“Kim is just letting Kanye take charge, as she has done with all other parts of her life.”

“Kanye wants the wedding to take place in Paris and has even indicated that he is willing to fly over Kim’s family on his dime.”

We look forward to seeing what Kanye West comes up with for his wedding.