Kris Jenner and Ben Flajnik posted a “date night” photo of themselves to fuel the rumors that they’re an item, as recent reports have claimed. 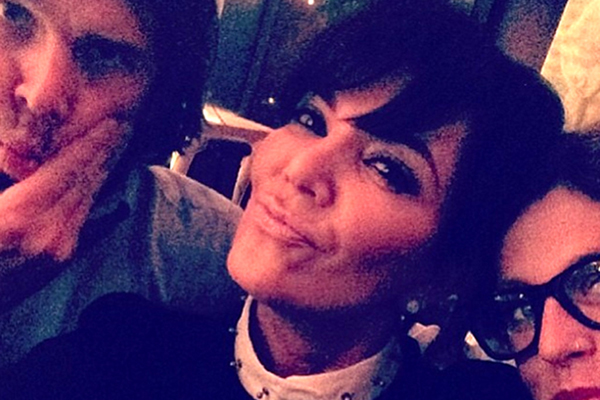 Several reports have surfaced lately that Kris Jenner and Ben Flajnik have been dating due to the various times the pair have been seen together recently. To get people going, the duo decided to tease the press with some “date night” photos of themselves.

In a direct answer to Us Weekly‘s claims that they are a couple, Jenner and Flajnik used Instagram to post some photos together during a night out in Los Angeles. “Dear @usweekly, still dating. @lizheinlein @krisjenner #cubbie #callmeforfacts,” Flajnik wrote along with a pic of himself and Jenner having dinner with the reality maven’s business partner, Liz Heinlein.

Then, Jenner posted her own photo of the evening, captioning it with, “Date night with @benflajnik and @LizHeinlein.” According to E! News, the trio later headed to Beyoncé’s Mrs. Carter Show World Tour concert at the Staples Center where they met Jenner’s daughters Khloé Kardashian and Kendall Jenner.

While Us Weekly is insisting that Jenner and Flajnik are an item — it’s their front page story in the Dec. 3 issue — E! News assures the pair are just friends and have been working on some projects together.

“Ben and I are good friends,” Jenner told the site last week. “I think he’s a great guy but we aren’t dating.”

Meanwhile, People magazine also jumped on the dating-rumor wagon, saying that Jenner and Flajnik are “together again.” But they also revealed that Flajnik denied any dating rumors to them as well, saying there was no fling between them. When asked about driving Jenner’s Bentley around town and why the two vacationed together in Mexico, the former Bachelor star said they’re just good pals.

“Kris is a very, very dear friend of mine,” Flajnik said. “We are not dating, we’re just working on a couple of projects together, so that’s why we’ve been seen a lot as of late.”