Ben Affleck knows Daredevil was not his finest moment, but he apparently thinks about it so much that he agreed to try another superhero just to prove he could do it right. 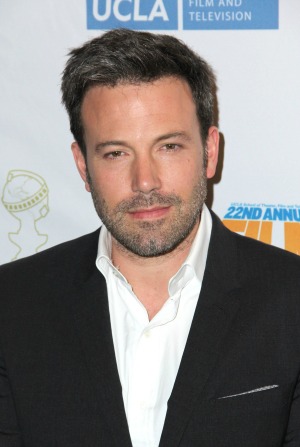 Ben Affleck signed on to play Batman earlier this year, in a decision both applauded and criticized by critics and fans. But it’s not the first time he’s played a superhero — and that experience didn’t exactly go well. So why would he agree to play another one?

Affleck said his experience in 2003’s Daredevil may have led him to his newest role.

“The only movie I actually regret is Daredevil. It just kills me,” Affleck told Playboy (via MTV). “I love that story, that character, and the fact that it got f***ed up the way it did stays with me. Maybe that’s part of the motivation to do Batman.”

The actor’s now-wife, Jennifer Garner, was also in that movie, which brought in a little more than $100 million in the U.S.

Besides trying to quell past regret, Affleck felt that the sequel to Man of Steel was the right project at the right time. But he didn’t realize it without a lot of convincing.

“When they asked if I would be Batman, I told them I don’t see myself in the role and I was going to have to beg off,” he said. “They said I’d fit well into how they were going to approach the character and asked me to look at what the writer-director, Zack Snyder, was doing. The stuff was incredible.”

Affleck added that he would not be competing with Christian Bale’s version of the caped crusader, and he’s hoping the final project will help the fans who have been complaining about his casting understand the choice.

Batmen of past and future offer support for Batkid >>

“I don’t want to give away too much, but the idea for the new Batman is to redefine him in a way that doesn’t compete with Bale and Christopher Nolan’s Batman but still exists within the Batman canon. It will be an older and wiser version, particularly as he relates to Henry Cavill’s Superman character,” he said. “It was a unique take on Batman that was still consistent with the mythology. It made me excited. All of a sudden, I had a reading of the character. When people see it, it will make more sense than it does now or even than it did to me initially.”

Henry Cavill will be back as the man of steel himself in the sequel, which is expected out on July 17, 2015.