The Piano Man is staying put in New York City. Billy Joel announced that he will be playing at Madison Square Garden once a month. 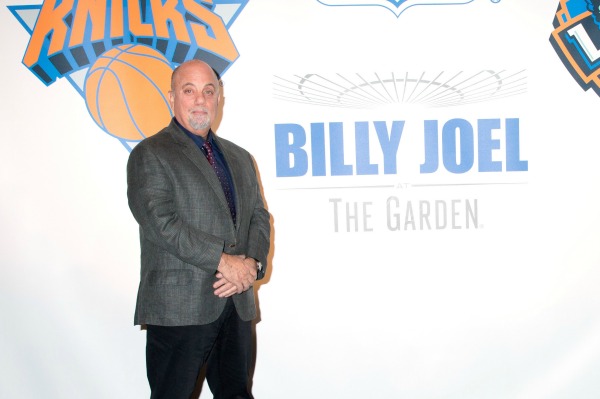 Billy Joel is coming out of retirement for a sweet gig at an iconic New York City landmark. On Tuesday, the legendary singer announced that he’s taking up permanent residence at Madison Square Garden in midtown Manhattan beginning in January.

The first concert will take place on Jan. 27 with subsequent shows occurring on Feb. 3, March 21, April 18 and May 9, which is Joel’s 65th birthday. The first four dates are already sold out, but fans can purchase tickets for his birthday concert on Dec. 7.

In a joint press conference on Tuesday, the “Piano Man” singer, executives from the venue and New York Gov. Andrew M. Cuomo shared the big news.

Gov. Cuomo called the partnership “an ideal match… A New York icon now joins another New York icon.” While Garden Executive Chairman Jim Dolan compared “having [Joel] as your musical franchise [to] having the pope as your parish priest.”

The musician simply stated, “I have a lot to live up to. I hope I don’t let you down.”

Joel also mentioned that the run is open-ended and will run “as long as the audience demands.”

The Grammy winner already holds the record for the most consecutive Garden shows, playing 12 in a row in 2006. His first concert at the legendary venue was in December 1978 and he’s played more than 46 shows at the arena.

He was also enshrined as the fourth pillar of the Garden next to the city’s sports teams: the Rangers, Knicks and Liberty who all play there.

Taking up residency at a venue has become a hot commodity in the music industry. Artists such as Cher, Britney Spears and Céline Dion have done extended runs in Las Vegas. The Joel residency coincides with MSG’s $1 billion renovation.