Beyoncé and Jay Z have been trying to eat healthy, but their latest cleanse will last only about three weeks. 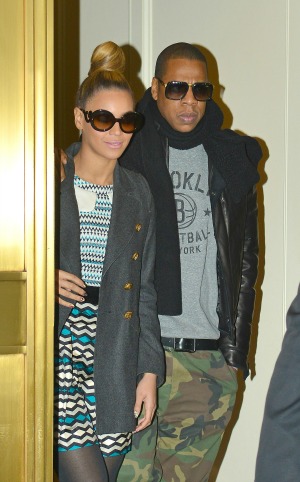 Jay Z and Beyoncé have decided to go vegan — but only for 22 days. The goal is based on the 22 Days challenge, started by Jay Z’s friend Marco Borges.

“This all began a few months back when a good friend and vegan challenged me to embrace a ‘plant-based breakfast’ everyday,” Jay Z wrote on his blog. “It was surprisingly easier on me than I thought.”

That challenge led to this goal, and it began on Dec. 3, the day before Jay Z’s 44th birthday.

“Why now? There’s something spiritual to me about it being my 44th birthday and the serendipity behind the number of days in this challenge; 22 (2+2=4) coupled with the fact that the challenge ends on Christmas day,” he continued. “It just feels right!”

The rapper said, “B is also joining me” for the 22 Days challenge, but there is no word on if daughter Blue Ivy is also on board.

Jay Z not only explained his purpose, but he also asked for help from any fans, saying, “Any professional vegans out there that have any great food spots please help out! Please ha.”

Chances are people will help — and follow. Beyoncé and Jay Z were just named the most-powerful celeb couple in Hollywood by Variety, and Beyoncé just earned another big honor. According to Bing, the singer was the most-searched person on the web in 2013. She knocked Kim Kardashian, the 2012 winner, into second place. The celebs are followed by Rihanna, Taylor Swift and Madonna, according to The Huffington Post. Beyoncé also topped the list of most-searched musicians.

Best of luck to the Carter family on their 22-day challenge!