The line between sexy and dorky is a fragile one, and like all interpretation, it is subjective. So we have to ask: Are these new Victoria’s Secret, Justin Bieber and Lorde videos sexy or dorky? 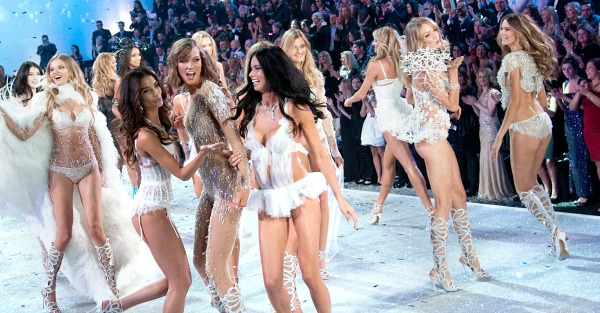 Leading up to the Dec. 10 Victoria’s Secret Fashion Show, a teaser video of the models lip syncing to Taylor Swift‘s “I Knew You Were Trouble” has been released. It goes without saying that these models could eat a bowl of cereal, slurp milk all over their faces and burp afterward and it would still be sexy. Still, outside of all the great hair, beautiful faces and enviable bodies, does this video strike anyone else as just a bit dorky? Did anyone else come away feeling like at least a couple of these girls have been doing fake music videos in the mirror and thought it looked good? Just asking.

Justin Bieber’s “All That Matters”

So Justin Bieber busting Michael Jackson moves all over the Great Wall wasn’t the original video of “All That Matters?” Huh. Bieber has just released this video version of his “All That Matters” love ballad and again, we have to ask — hot? Or dorky? Of course, it’s our job to nitpick because where’s the fun in just letting this video have a pass? “All that matters” to Beliebers is that the Biebs is shirtless in this video, but was anyone else distracted by Bieber’s outfit in the beginning that looks like a skirt with leggings? Did you think his shirtless junk thrust was seductive or kind of silly?

Justin Bieber ordered to clean up his act and his graffiti >>

Lorde is making a killing off being a dork, and we applaud her for that. Her new video for her song “Team” isn’t really dorky so much as it’s just kind of weird. The young songstress really is in love with being Queen B, because in “Team” she is the queen of some bizarre little underground village of teen outcasts. Lorde explained in a Facebook post that this video was inspired by a dream she had in which teens lived in this place of sweat and tropical plants and the hierarchy had acne. Oh! Now we get it. No, actually, we still don’t get it.