You can be one of the hottest stars in showbiz but that doesn’t mean you are immune to embarrassment or having your credit card declined… as Miley Cyrus finds out. 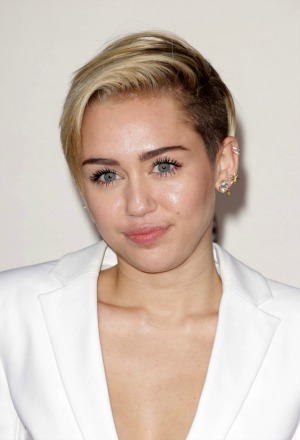 Apparently, Miley Cyrus will need to cut down on her wild spending habits, because she was left in an awkward situation recently. What happened?

Well, the twerker’s credit card was declined after she attempted to purchase $170 purchase worth of records to add to her already vast musical collection.

The “Wrecking Ball” hitmaker has been causing a stir these past few months and she is the topic on everyone’s tongue, but her credit card did not reflect the singer’s success.

Cyrus was embarrassed after being refused at Freakbeat Records in Sherman Oaks, California, on Sunday.

The “We Can’t Stop” songstress is hardly broke because she reportedly is worth a whopping $100 million from her days as Disney Star Hannah Montana, but that doesn’t mean she was unaffected and was left feeling awkward by her credit card repeatedly being declined.

A witness revealed to Radar Online, “No one in the store really recognized Miley, even though she was hard to miss. It’s not her demographic of fans. But she was embarrassed nonetheless when her card was denied.”

The sourced added, “The cashier was really nice and told her the bank probably put a hold on it because it was a large purchase, so she dug out another card and the payment went through.”

Thankfully, Cyrus was able to whip out another credit card after several tries and get the records she so badly desired. She shared her happiness with her fans on Twitter and she posted a picture of her purchase, which including the soundtrack to 1978 film The Wiz, captioned: “So stoked #thewiz (sic)”