Laura Marling might have once sang about being a failure, but that’s certainly not the case anymore. We’re in love and it’s time you were, too. 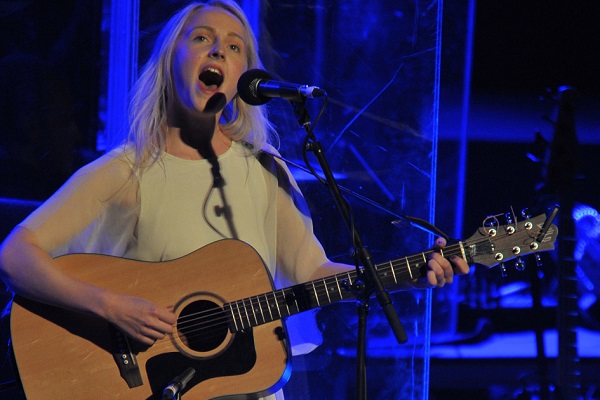 Rolling Stone just released its 50 Best Albums of 2013 and London’s Laura Marling found herself in 20th place with her newest album, Once I Was an Eagle. It seems only fitting then to take some time to show off one of our favorite songstresses.

Want more folk? Of course you do! Check out Inside Llewyn Davis >>

Folk fans will have known Marling for a long time. Between four stellar albums and two highly publicized relationships (one with Mumford & Sons‘ Marcus Mumford and one with Noah and the Whale’s Charlie Fink), we reckon she’s something like folk’s HBIC. Except without any of that b****iness. After her latest album (and whispers of a fifth already in the works), we’re convinced she’s sneaking closer to domination on all musical fronts.

Why is she so spectacular? At 23, Marling is, incredibly enough, three months younger than America and country music’s sweetheart Taylor Swift. She’s even released the same amount of albums. However, that and their blond hair are where the similarities end. T-Swift is often still describing love in the point of view of most high-schoolers (which, admittedly, are her key demo). Meanwhile, Marling has spent the past five years describing love, heartache and triumph with mythological references and colorful imagery the Mileys and Taylors of the world couldn’t even begin to grasp.

Music review: Laura Marling’s “Where Can I Go?” >>

And her voice! In her debut, Alas, I Cannot Swim, there was certainly an innocence about it. Her voice rang of sweetness even as she gently questioned God (In the song “Failure” she sings, “If he made me in his image, then he’s a failure, too”) and wisely understood the impact of ghosts of girlfriends past in “Ghosts.” In her most recent release, Once I Was An Eagle, Marling’s voice is infinitely more sullen and sultry. In “Take the Night Off,” Marling invites her listener to “be bad for me” with a voice that even straight girls want to oblige. In the title track, she tenderly laments the ways of new love and young lovers. And then, there’s “Devil’s Resting Place,” which features her most haunting music and vocals to date. It’s driven by a sort of tribal drumming that will make you feel as if you, too, are pacing in the devil’s resting place. Just listen…

We’re obviously not the only ones to fall under Marling’s spell. Aside from making Rolling Stone‘s annual list, she’s also been nominated for multiple awards. Three times now our girl Marling has been nominated for the most coveted British awards, The Mercury Prize. In 2011, she also won an NME award and a Brit award. We’d be surprised if Once I Was an Eagle doesn’t add more wins to her list when they come around again for this year.

These days the Londoner is actually soaking up the sun in Los Angeles because, as she told The Guardian, America is “a lot more poetic.” When we stack up some of our most well-loved musicians beside the likes of Marling, it’s hard to agree. Either way, we’re happy to have her and we hope this newest America recognition might help propel to even more stateside success.

Here’s one more video of Marling to help you fall in love.

Image courtesy of Virgin and WENN.com