It’s certainly not a surprise, but it is a relief to know that The Blacklist will continue to entertain us well into 2015. 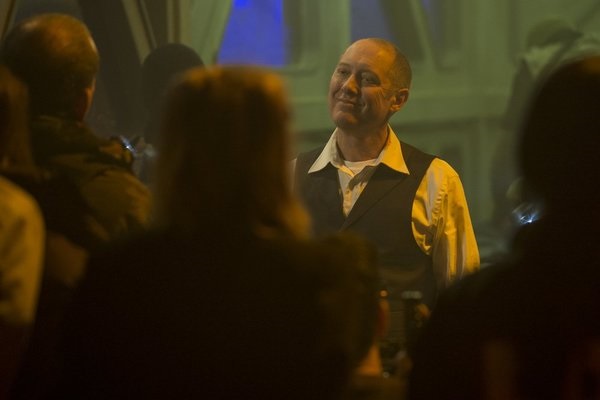 Does Red (James Spader) look smug in the photo above? He should. The Blacklist was renewed today for a second season with a full order of 22 episodes.

“The success of The Blacklist demonstrates that inspired storytelling is alive and well in broadcast television, and I’m impressed on a daily basis by this creative team’s imagination and the extent to which they will go to capture this grand vision on film,” NBC Entertainment Chairman Robert Greenblatt said in a statement. “With gratitude to both our partners at Sony Pictures Television and our NBC development executives who took a great script and shepherded it into a great series, I hope that Red Reddington never runs out of names to bring down on his list!”

No one is immune from suspicion on The Blacklist >>

Conspiracy theories from The Blacklist >>

This is truly a marvel for NBC, who has not had a hit of this caliber eight weeks into its run in 19 years. The last series to achieve such heights was Earth 2 in 1994. Here’s hoping The Blacklist is remembered more fondly 19 years from now than its predecessor, which lasted a mere 21 episodes before being canceled.

The blacklist is long, the mysteries are many and we can expect even more to crop up as the season continues. With every episode new characters are introduced, which can lead to even more jaw-dropping entanglements for Red Reddington and Liz Keen (Megan Boone) on The Blacklist.

3 mins ago
by Julia Teti