It’s time for another round of Gleeful Christmas carols from the McKinley High gang. 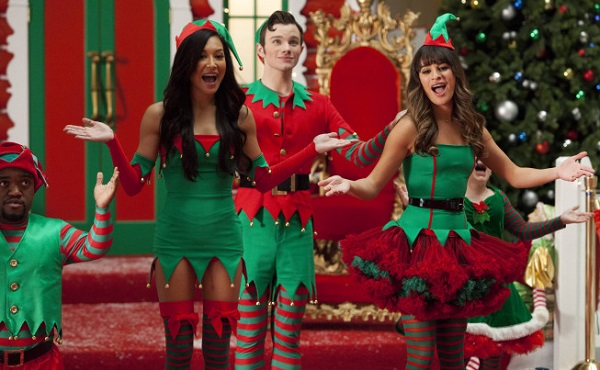 Hark! The herald glee club sings, “Glory to the elfed up grads.”

Christmas is coming early this year, at least for all of us Gleeks. On Thursday, Fox’s Glee will put forth a holly jolly fall finale in the form of yet another Christmas episode.

For those of you keeping track: Yes, this episode is out of sequence with the rest of the show. This season, McKinley High is actually still in the midst of spring. The title of Thursday’s episode is “Previously Unaired Christmas” because this was actually last year’s Christmas episode that got cut from the line-up because it was “too controversial.” However, it looks like the episode has been nipped and tucked to make it suitable for viewers.

We’re bummed to miss out on the version deemed more scandalous, but any episode of Glee is a good episode, right? And it appears this might be the funniest one yet. Why? For starters, any preview that starts off with Coach Sylvester insulting the entire school can only lead to an episode full of her fabulously ridiculous insults, right? Check out this week’s amazing promo.

Was that Becky’s head atop a baby doll in the nativity scene? Oh, yes it was! That seems like it should have been controversial enough to get cut, as well, but we are so glad it wasn’t!

Want more TV news? We have a newsletter for that! >>

Furthermore, pictures from the episode also make it look like things are about to get real for McKinley’s New York transplants. Kurt, Rachel and Santana will take jobs as Santa’s elves at the mall in order to pay the bills and get through Christmas. These pictures don’t exactly make it look like they’re having a blast. (Except for the window display.) 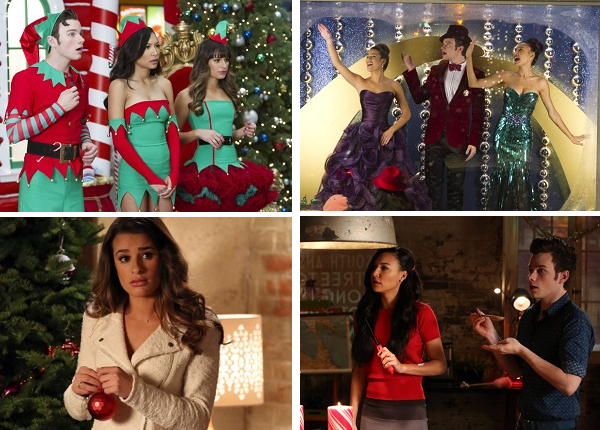 Why are they in a store window? Is this yet another seasonal job? We can’t wait to find out on Glee at 9/8c on Thursday on Fox.