The Kardashians issued their 2013 Christmas card and it’s oddly missing any holiday-related cheer. The card, which is essentially a glam photograph, features the family posing in elegant clothing with a bizarre background. 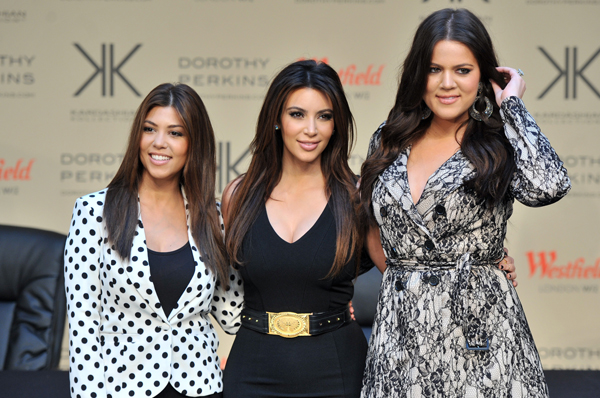 Christmas is coming and the Kardashian clan has issued its yearly card to the masses, except it’s strangely missing any references to the holidays.

The card, photographed by David LaChapelle, is a landscape photograph of the family — although some members are clearly missing — as they pose on an odd background. Aside from Courtney Kardashian’s son Mason and Bruce Jenner, the photo is comprised of just the women in the family.

Everyone is dressed in black except for little Penelope Disick, who is wearing a white dress. They’re all posing as if they were in a fashion shoot and no one is smiling except for Kris Jenner. There are plenty of strange things going on in the image, but perhaps one of the weirdest is Bruce Jenner being stuck inside a glass tube.

The family matriarch’s ex has his long hair down and wears a suit as he looks like he’s trying to break free of his glass prison. Is that how he felt being part of the famous clan? Indeed, the card seems full of hidden messages all around.

Other items strewn about on the background include broken mannequins all over the floor as well as burned magazines and a bunch of other trash. Then there are posters all over the walls, mostly images of Kim Kardashian. There’s also a baby who looks like it could be Jesus hanging from the ceiling, which seems to be the only Christmas reference in the entire card.

Rob Kardashian doesn’t really get what his family does >>

The setting looks like an abandoned casino the way it would appear in someone’s off-the-wall surreal dream.

Unrelated to the card, it seems that Kim’s dress was not an original for the photo shoot. Just a few weeks ago, Carmen Electra walked the red carpet at the Latin Grammy Awards wearing the same exact gown.