In Klaus’ first act as king of New Orleans on The Originals, a-hunting the vampires shall go. Genocide is only the first step in his reign of terror. 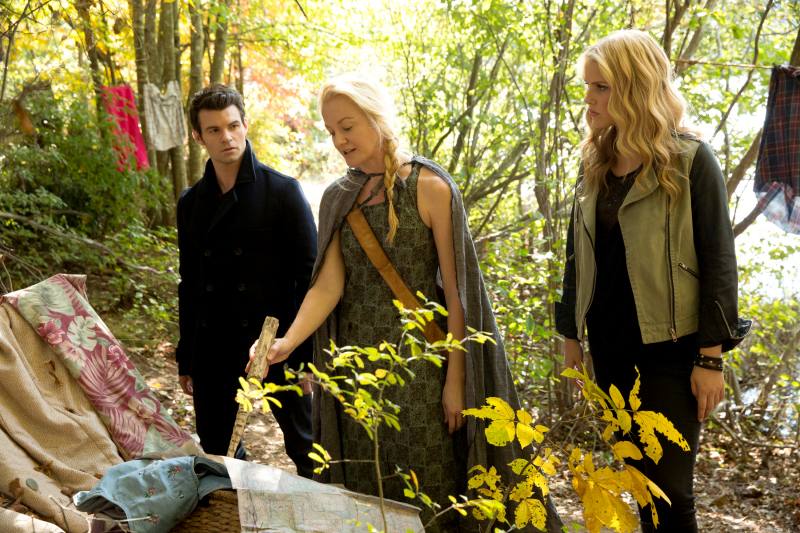 Monday night’s midseason finale of The Originals was all about Klaus (Joseph Morgan). Now that he’s New Orleans’ head honcho again, things are getting bloody. And not for the better.

To inspire loyalty, Klaus tells all the vampires to kill the werewolves in the bayou. Good thing Rebekah (Claire Holt) and Elijah (Daniel Gillies) step in to save the day on Hayley’s (Phoebe Tonkin) behalf because they find something interesting. Hayley isn’t the only one who has the opportunity to connect with her long, lost family in the bayou. Now Klaus is joining in on the fun. Elijah finds a ring around a werewolf’s neck that belonged to their mother. Elijah and Rebekah accidentally stumble on the remnants of the lineage of Klaus’ true father.

But Klaus isn’t interested in family or the idea of having more. He’s still bitter after last week. We wouldn’t be surprised if the saying, “History repeats itself” was created just for the original bad boy. Klaus just won’t learn. You’d think after a few thousand years he would realize the whole leadership thing isn’t his best look.

Cami, no doubt, gets more than she bargained for

Cami on the flip side, is learning quickly. She’s been strategically placing notes around her house to lead her to clues about her missing memory.

Davina speeds up the pace though when she finds Cami. Davina asks for Cami’s help, then realizes she’s been compelled and kindly fixes the problem. When we say kindly, we mean she warns Cami that bringing the memories back is going to hurt before delving into Cami’s brain. Little does Davina know, all of the memories that come pouring back. Well, that’s definitely going to make things interesting. So much for Cami leaving town. 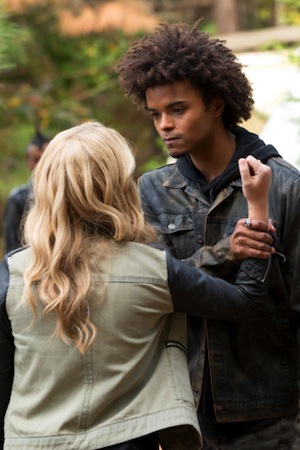 Then there’s Rebekah. Now she really, really never learns. Klaus makes Marcel an offer he can’t refuse following a bonding killing rampage after The Faction, led by the mayor, tries to put Klaus in his place.

For all of Klaus’ shortcomings, he realizes he does need Marcel at his side to make a go as king. He graciously offers to rule with Marcel, side by side as equals. It’s like Marcel gets stars in his eyes to make his long-lost daddy proud and that’s it for Rebekah.

At the first opportunity to regain power, he quickly breaks things off with her. In her bitter moment, she threatens Marcel by reminding him she knows the words that will make Klaus hate Marcel forever. We don’t know yet what that means other than the girl isn’t out of the game just yet. She really should fold, though. Who wants a guy that will choose his bromance over his girl? No. Way.

She should get back together with Matt. He’s loyal to a fault and not wrapped up in her family drama. But *sigh*. No doubt the show is far from over playing out Marcel and Rebekah’s destiny of love, at least a little longer.

Elijah stays tight-lipped on his emotions

That leads us to another epic romance that’s brewing: Elijah and Hayley. Waiting for the evolution of this relationship is going to be the hardest, and last night only gave us little teases, which include Elijah (dapper smirk and all) admitting to Rebekah that his feelings are complicated while he rescues Hayley yet again.

In true form, the episode wraps things up with some family bonding time. Elijah apologizes to Klaus, and Klaus tells him he and Rebekah are welcome to move into the compound. Not that Elijah seems too keen on that idea. His concern is still keeping Hayley and her growing baby bump safe.