Chord Overstreet has a secret celebrity crush — and it turns out he has a thing for older women! 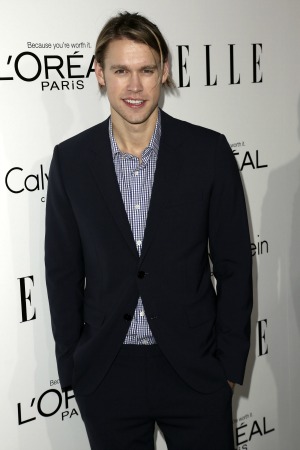 Chord Overstreet is single and ready to mingle — but not with just anyone. The Glee star revealed his secret celebrity crush on The Ellen DeGeneres Show on Monday, and he has set his sights high!

“I do have a celebrity crush right now,” he revealed to DeGeneres, saying he is still “looking for Mrs. Wonderful.”

“It’s tough with all the, you know, ins and outs of relationships that are always going on, but I would have to say the most current one is Sandra Bullock.”

“I’ve actually never met her,” he said. “I saw her. I saw her from a distance at one of these red carpet things, and I was a little… a little bit, like, too scared to talk to her. She was that beautiful.”

“She is older than me, but… I still have a lot to learn and I can be taught a few things, I’m sure,” he added.

Then, at the urging of DeGeneres, Overstreet gathered his courage and asked Bullock out!

“Sandra, would you go out with me? Oh, it would be amazing if you could just respond right now so I’m not left waiting,” he joked.

Whether or not the actress takes him up on his offer remains to be seen, as she recently said she is perfectly happy being single.

The actor also talked about how the cast and crew of the hit show is coping with the death of Cory Monteith.

“It’s been difficult so far,” he said. “We’ve all kind of grouped together and really kind of gotten a lot closer because we’ve all been going through the same thing. I mean, [Cory’s] role on the show… he was the heart of the show.”

Watch Chord Overstreet talk about the death of Cory Monteith

Tell us: Should Sandra Bullock go out with Chord Overstreet?