Olympic diver and bronze medalist Tom Daley released a YouTube video revealing that he is dating a man. High-profile athletes who have the courage to come out are slowly but surely taking the “gasp” out of these confessions. Here are the celebrity athletes who are moving us one step closer to acceptance. 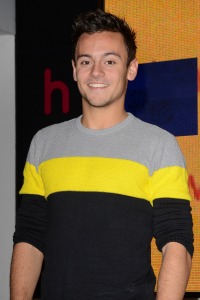 Female audience members swooned when handsome Tom Daley took to the diving board during the 2012 Olympics. In a YouTube video Daley released Monday, he said, “Come spring this year, my life changed massively when I met someone and it made me feel so happy, so safe and everything just feels great. And that someone is a guy.” Daley’s orientation has long been a source of speculation, so now those who fret over such things can move on with their lives. 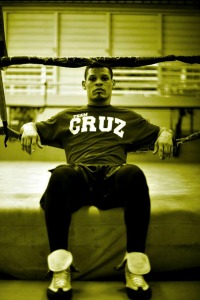 In 2012, Orlando Cruz, professional featherweight boxer, told the world that he’s gay. He told USA Today, “I’ve been fighting for more than 24 years and as I continue my ascendant career, I want to be true to myself. I want to be the best role model I can be for kids who might look into boxing as a sport and professional career. I have always been and will always be a proud gay man.” Cruz married his boyfriend on Nov. 16 after proposing in a video on Facebook. 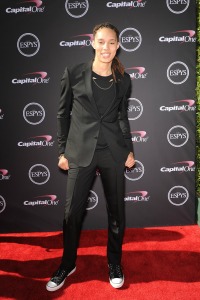 WNBA’s 2013 No. 1 draft pick, Brittney Griner, “came out” in an April 2013 in a Sports Illustrated interview. She told Espn.com it doesn’t matter what others might think of her or other gay athletes. “Don’t worry about what other people are going to say, because they’re always going to say something, but, if you’re just true to yourself, let that shine through. Don’t hide who you really are.” In the basketball world, that’s what’s referred to as a “slam dunk.” 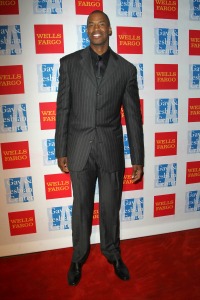 After Jason Collins came out in April 2013, he was hailed as the first openly gay male athlete in a major sport (the NBA). Insiders reveal there are many gay men in professional basketball and football, but not many who are comfortable coming out. He said in an interview with George Stephanopoulos of ABC, “You’re sort of waiting around for somebody else to, you know, raise their hand. I’m ready to raise my hand, you know, [but] you still look around like, ‘OK, come on, guys.'” We’re guessing it won’t be long before we see a few more raised hands in professional sports. 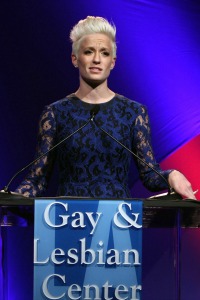 Olympic soccer player Megan Rapinoe told Out magazine in 2012 that she’s a lesbian, but that her heart went out to her fellow male professional athletes. “I feel like sports in general are still homophobic, in the sense that not a lot of people are out. Still, in female sports, if you’re gay, most likely your team knows it pretty quickly. It’s very open and widely supported. For males, it’s not that way at all. It’s sad.” Here’s hoping as more high profile male athletes like Daley come out, that will be less the case. 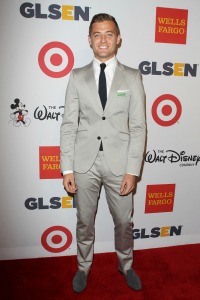 Gorgeous and openly gay Robbie Rogers sat down with Chelsea Handler after coming out earlier this year and talked about the power of people coming out. He told Handler, “I encourage people to go, to be out, to be great role models, to compete and hopefully to win and not hide any of that. I think that would be a bigger, more important symbol, a stronger message.” Even if you’re not a soccer fan, that sentiment is worthy of a slow clap.