Miley Cyrus has twerked her way into the heart of Barbara Walters and might just top the famed journalist’s list of the Most Fascinating People of 2013. 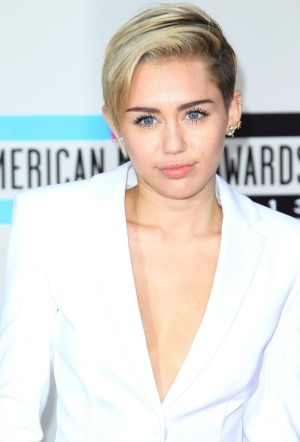 Love her or hate her, you haven’t stopped talking about her since her controversial performance with Robin Thicke at the MTV Video Music Awards last summer — and that’s why Miley Cyrus is one of Barbara Walters’ Most Fascinating People of 2013.

Two of Walters’ picks, Cyrus and Snowden, fly in the face of GQ’s collection of the year’s least influential people.

Prince George’s appearance on the list is particularly impressive considering he wasn’t even born until more than halfway through the year. Jennifer Lawrence is currently America’s Sweetheart, known for her refreshingly honest interviews and sassy new hairdo. Snowden is either Public Enemy No. 1 or a national hero, depending on who you talk to, and if Walters lands an interview with him it would be quite a coup as he is living under political asylum in Russia.

Roberts has survived through not one, but two deadly diseases, fighting her way back to health and back to the Good Morning America anchor desk both times and into the hearts of viewers. The Duck Dynasty gang is riding high on the success of their A&E reality show, making them the second group from reality TV to nab a spot on the list — which brings us to Kimye.

Barbara Walters’ 2012 special was not all that fascinating >>

Kim K and West are the second most talked about couple on the planet (falling behind Prince George’s parents Kate Middleton and Prince William, of course) and the arrival of their baby North West was only eclipsed by Kanye’s over-the-top marriage proposal to Kardashian in a baseball stadium filled with her family and friends.

So, who is the most fascinating of the Most Fascinating? You’ll have to watch Walters’ special to find out. Tune in Wed., Dec. 18. at 9:30/8:30c on ABC to see interviews with each of the nominees and who gets top honors.

Read more about the Most Fascinating People of 2013