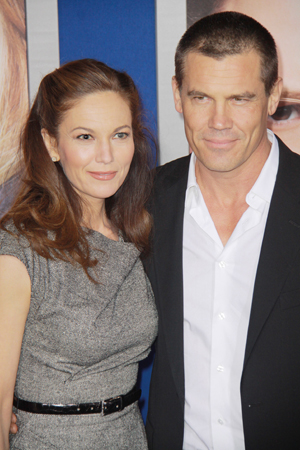 New reports from TMZ reveal that the exes had their divorce finalized by a court in Los Angeles on Monday and they are free to move on with their lives. Lane and Brolin filed their divorce docs back in late November 2012, noting that the two had come to a private agreement in regard to the financial side of things.

The Man of Steel actress, who went by the name of Diane Lane Brolin, will be dropping “Brolin” from her legal name, going back to just Diane Lane.

The famous couple was married for eight years, and told Us Weekly that they both decided together to end their relationship. Lane cited irreconcilable differences in her papers, but “it was a mutual decision,” an insider said. “It was very amicable. It’s not ugly, it’s just over,” the source added.

Both stars were previously wed and divorced once before. Brolin had been married to actress Alice Adair, who he had two children with, Trevor and Eden. Lane was married to Christopher Lambert, the father of their only daughter, Eleanor.

Brolin recently made headlines when he was caught on tape as he got into a belligerent argument with a cab driver at a Mexican restaurant drive-thru. Then, some time later, Brolin was at it again, being filmed while in a drunken fistfight with another man at a bar in Santa Monica, California. The brawl ended in good terms, however, when the two men hugged it out.

The Gangster Squad actor finally checked himself into rehab for his drinking issues when he “realized he needed help.” He is “committed to his sobriety” and done with drinking.

When asked by a TMZ reporter about the two recent drinking incidents, he said he was done with drinking and that “it won’t be happening again.”