TV personalities Mario Lopez and Maria Menounos will appear as themselves this week on Nashville. Hmm… we wonder which character needs the publicity? 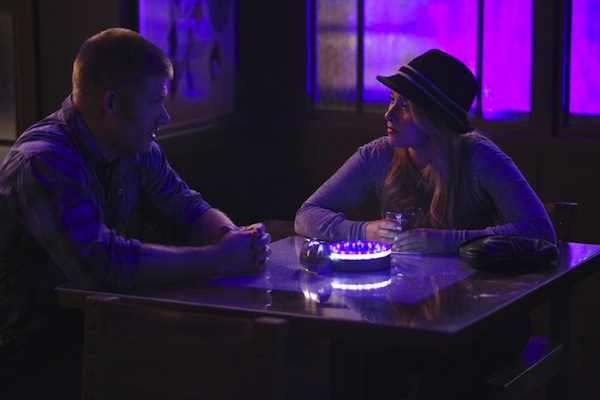 Bring on the publicity in the form of two good-looking Extra hosts! Mario Lopez and Maria Menounos will be featured on this week’s episode of Nashville. You know what they say about publicity. But it might not be good if Juliette (Hayden Panettiere) is at her old antics again. We think that girl’s had enough publicity to tide her over for a while. However, we have a sneaking suspicion she’ll be the target once again. Hopefully, she and Layla don’t get into a catfight on national television. Those two have been staring daggers for weeks!

Here’s what we do know:

According to the official synopsis from ABC, “Maddie wants to spend more time with Deacon and Teddy begins to feel like he’s being replaced. Rayna (Connie Britton) is struggling to strike the right balance with the two dads and their fatherhood responsibilities. Meanwhile, Lamar makes a plea to Rayna to secure Tandy’s support as a character witness. Charlie has declared his love for Juliette but she couldn’t be more distracted by the fact that Layla’s career is stealing some of her spotlight. Zoey and Avery make plans to visit Scarlett on the road in an effort to boost her spirits, though that feeling may be short-lived.”

Teddy realizes now that Peggy isn’t going to be his baby mama that he should start focusing on his own children again. Too little, too late since he married the crazy woman. Rayna is not putting up with Teddy and Deacon’s father-fueled fighting.

Lamar will dangle the label over Rayna’s head, convincing her to work for him.

Scarlett is still crying herself to sleep because she’s discovering success isn’t easy. Zoey and Avery try to make her feel better, but Zoey at least has the potential to make her feel even worse. News hasn’t broken yet that those two are sleeping together.

As for Lopez and Menounos, we have a theory they could be the fawning over Layla during an interview while Juliette gets snubbed. It would be a pretty amusing moment if Lopez has some awkward/bad history with Juliette. We all know she struggles with interviews. It seems unlikely that the focus of the publicity will be on Rayna as it seems she’s stepping back this episode to focus on her family drama.

The next episode of Nashville airs on Wednesday, Dec. 4 at 10/9c on ABC.