Jennifer Lawrence is sad that her fame has taken away her personal life and she can’t be seen as a “normal person” anymore. 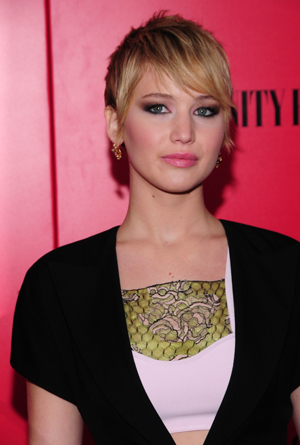 After becoming super-famous due to her Hunger Games roles, an Oscar win and her all-around likable personality, Jennifer Lawrence admitted she misses her personal life, which has been totally annihilated by fame.

Speaking with the Spanish site Mujerhoy.com, Lawrence talked about being famous and how it has affected her life in so many ways, Hollyscoop reported.

“My personal life is now ruined. I’ve had to create a new one and get used to this new life,” Lawrence said. “It’s hard and it takes time, but I’m sure I will get it.”

Lawrence added that she misses the days when she could walk around anywhere unnoticed without being recognized. “I’m just mourning my old life. I miss that. I don’t want to forget what it’s like going to a coffee shop and people look at me like a normal person. A part of me can’t get used to it and it makes me sad,” she said.

Comparing her current life with that of her Katniss Everdeen character, the 23-year-old actress said they are very much alike, both being regular girls who quickly became celebrities.

“It’s funny how she and I have this trip together from the beginning. In the first movie they force her to wear makeup, wear dresses and people talk about things she doesn’t understand,” Lawrence explained. “I know exactly how she feels… I experienced the same thing. This can be a very weird world, but after a while you’re not afraid anymore and you can handle it.”

The spunky young star also spoke about an injury on the Catching Fire set she suffered when pouring water used to simulate a tornado went into her ear. Her eardrum was damaged, she was deaf for two and a half weeks and then she got an ear infection.