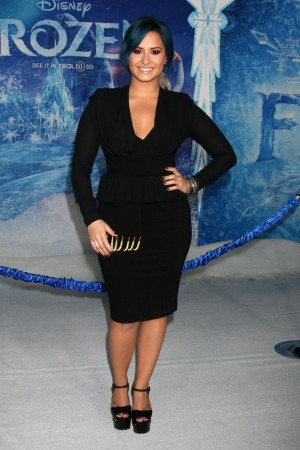 Demi Lovato‘s issues are no secret to the public and the 21-year-old star hopes that by sharing her story she can be a positive influence on her young fans who may be feeling helpless and in the same dark place that she once found herself.

The “Skyscraper” singer checked into rehab in 2010 for multiple issues, including eating disorders, addiction and self-harming, and she is speaking out about her problems and how she wished she had listened to her parents.

There’s no doubt that part of Lovato’s stress came from rising to fame at such a young age. The starlet made her debut at just 6 years old on the hit show Barney & Friends and like many other Disney stars, she has found herself faced with multiple issues.

Lovato appears in the new issue of Nylon magazine where she candidly revealed her story, saying, “My parents tried to control me, but I’d be like, ‘Oh really, I’m grounded? Well, I pay the bills.’ They did the best they could.”

“And I think that’s why a lot of young stars struggle when they’re making money or providing for their family.”

“My mentality was, ‘Work hard, play hard.’ It was hard to listen to the word ‘no.’ I wanted to make my own rules. I thought that if I was adult enough to get there, then I could party like an adult. And obviously, I couldn’t.”

The singer, who is now sporting a blue hairdo, prides herself on having fallen from grace and being able to once again claw her way back up. She is also thankful she can share her trials and tribulations with her fans.

Lovato added, “Now I have probably the best relationship between any artist and their fans, because I have no secrets.”

We are glad to see the “Neon Lights” singer doing so well!