Things are going to be shifting over at Good Morning America. Sam Champion announced on Monday that he’s leaving for The Weather Channel. 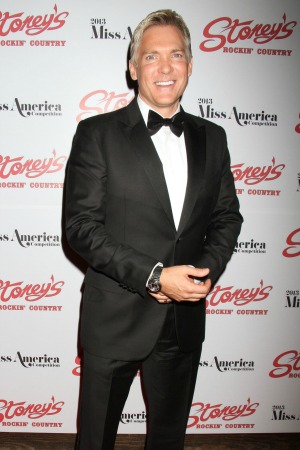 One of ABC’s most beloved morning personalities is leaving the top-rated Good Morning America for a gig at The Weather Channel. After seven years on the morning show, Sam Champion will celebrate his last day on Wednesday.

In an email to TV Guide, ABC News president Ben Sherwood talked about how much the news division would miss the TV personality.

He wrote, “Sam has broadcast live from a raft floating between polar icebergs, danced the salsa on Despierta America and interviewed countless newsmakers, celebrities and chefs. While he is leaving ABC News, he will always be a part of our family.”

The 52-year-old weather anchor also tweeted the news of his departure to his over 172,000 followers.

Ginger Zee will be replacing Champion, whose new job includes an on-air role and a managing editor position. Zee has been the substitute meteorologist on the ABC show when Champion has been out on assignment, so she’s already a familiar face to viewers.

GMA‘s Lara Spencer: “Do the things you love and it won’t feel like work” >>

A change of scenery might not be the only thing Champion was looking for. According to FTV Live, the weather expert is focusing more on his personal life. He married artist Rubem Robierb last December and the couple are looking to adopt children in the near future.

Champion began at WABC in 1988. The Weather Channel is owned by NBCUniversal.