Joe Jonas revealed some shocking details about his life including a claim that he smoked pot with Demi Lovato and a very young Miley Cyrus. 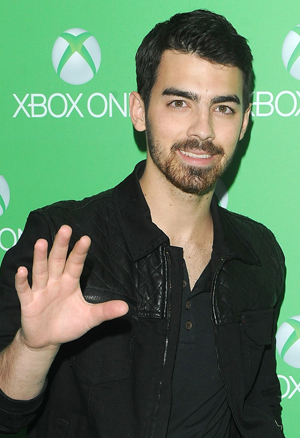 Joe Jonas is the next Disney star to shed his innocent image after revealing that he smoked weed with Miley Cyrus and Demi Lovato when they were all quite young.

In a new essay in the Dec. 9 issue of New York magazine, Jonas spills some major dirt on himself, revealing lots of interesting shockers about his young years as a Disney star. The former boy-bander detailed his wild youth and claimed he smoked pot with Cyrus and Lovato when they were barely teenagers.

“The first time I smoked weed was with Demi and Miley,” Jonas said. “I must have been 17 or 18. They kept saying, ‘Try it! Try it!’ so I gave it a shot, and it was all right. I don’t even smoke weed that often anymore.”

Jonas is four years older than Cyrus, which means the Hannah Montana star was already smoking pot at about 14 or 15, if these allegations are true.

Other juicy tidbits Jonas disclosed included his turbulent, but short, relationship with Lovato. He admitted that they ended up a couple because fans liked them together and they “had been friends forever.” In the short month they dated, Jonas says he quickly learned how troubled she really was.

“I really got to know her and got to see the ins and outs of what she was struggling with like drug abuse,” Jonas wrote. “I felt like I needed to take care of her, but at the same time I was living a lie, because I wasn’t happy but felt like I had to stay in it for her, because she needed help.”

It was during that time that Lovato finally landed in rehab after famously punching a girl in the face.

Other confessions included Jonas’ decision to wait until he was 20 to lose his virginity and how glad he was that he didn’t hurry it up on that front.

“I’m glad I waited for the right person, because you look back and you go, ‘That girl was bats*** crazy,” Jonas said. “I’m glad I didn’t go there.”