The Today Show remembers a beloved colleague who was killed in a horrifying New York train crash over the Thanksgiving holiday weekend. 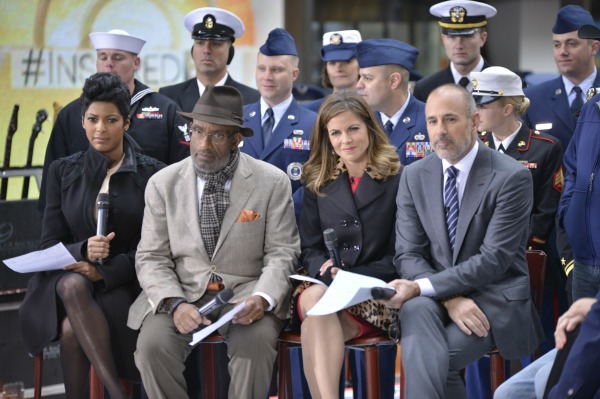 A Today Show staffer was among the four killed in a train derailment in New York City on Sunday morning.

James Lovell was on his way to work on the Rockefeller Center tree lighting ceremony when the Metro North train went off track in the Bronx.

Executive producer Don Nash told Today colleagues, “Jim worked on Today for over 20 years. He was not only a skilled technician but also one of the nicest guys you ever met. You may have seen him working at many of our outdoor concerts. He always had a smile on his face and was quick to share a friendly greeting.”

“Jim is survived by his wife, Nancy Montgomery, three sons, Hudson, Jack and Finn and a daughter, Brooke. On behalf of all of us who had the pleasure of working with Jim, our deepest sympathies and condolences go out to all of them.”

On air, Matt Lauer told viewers that Lovell was “one of our own… part of our NBC family who had worked on about every big concert we had out on our plaza.”

“He always did his job with grace, even under extreme pressure.”

Al Roker added, “Everybody loved him, he was so good at what he did.”

Carson Daily officially joins the cast of The Today Show >>

Three other fatalities have been identified as James Ferrari, Donna Smith and Ahn Kisook, all of New York. Sixty-eight other passengers were injured, 11 critically.