One Direction star Niall Horan has been linked to multiple women recently, but does the star only have eyes for a pretty Hungarian model? 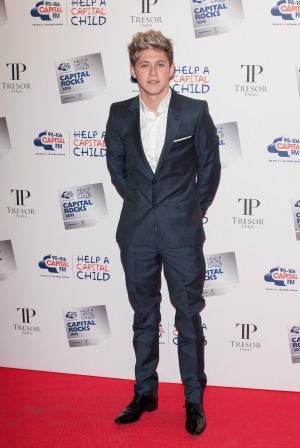 Everyone wants to date One Direction heartthrob Niall Horan and there has been plenty of speculation as to who he could possibly be romantically linked too.

Although, the latest lucky woman is beautiful model Barbara Palvin.

The “Story of My Life” singer and the Victoria’s Secret model were spotted together as they watched the much anticipated film The Hunger Games: Catching Fire at the Everyman cinema in Belsize Park in northwest London.

However, the pair did not arrive together at the venue to try and avoid speculation that they were on a date.

A source revealed to the Daily Mirror newspaper, “Barbara came in first and was playing on her phone until Niall arrived. He had a security guard with him, and they sat in the front row so nobody could turn around to see them.”

“He kept a baseball cap on and pulled it low, to try to avoid being seen. They clearly wanted to keep a low profile.”

“They were laughing and joking together throughout the film, and both were dressed casually. You could tell they were comfortable in each other’s company.”

Even though there is speculation about whether the pair are an item or not, we think the two could be just friends, so 1D fans can breathe a sigh of relief now…

The Hungarian beauty confirmed her outing on Twitter shortly after the movie and wrote a post to Horan stating, “Hunger Games buddie.”

The Irish star has been linked to several girls lately, including British reality star Louise Thompson, Ellie Goulding and even The X Factor U.K. contestant Tamera Foster. Who do you think would make a great girlfriend for Horan?