Rita Ora may be one of the hottest artists right now but that doesn’t mean she is immune to being evicted from her swanky London apartment for her crazy parties. 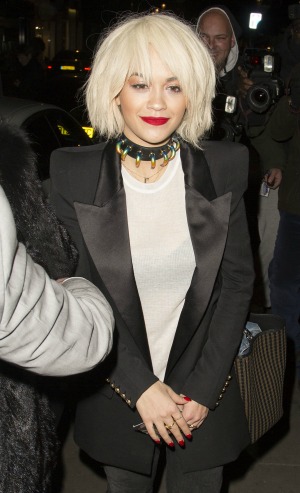 She may be one of the hottest young acts in showbiz now but Rita Ora is about to be homeless. ..

OK, not quite, but the “Radioactive” singer has been asked by her luxury west London apartment block to leave.

The singer will now have to find time in her busy schedule to do some house hunting, because all those late nights and noisy parties have seriously upset her neighbors and they want her gone.

No doubt dating a famous DJ, Calvin Harris, whose beats sound best loud, has not helped the situation.

Personally, we wouldn’t mind living next to the blond beauty, but a source revealed to The Sun newspaper, “Rita is on the move after some complaints about noise in her last place.”

“She has already been looking at houses and wants to buy a proper home for the first time.”

“She thinks a new home would be the perfect way to celebrate such a successful year.”

The source added, “Rita has been told about the noise before but she ignored it and now the landlord says she has to go.”

“This isn’t the first time she’s been threatened with eviction but it’s much more serious now. Rita lives in a nice building with a lot of older neighbors who aren’t happy with her,” the source said.

Yet, it’s not all bad news for Ora. She may be losing her apartment but her career is gaining momentum. She was recently named Musician of the Year at the Harper’s Bazaar Women of the Year Awards in November and now she will be able to afford her first home.

Hopefully, the “R.I.P.” singer can then enjoy as many parties as she wants…