It has been mere months since Miranda Kerr split from her husband, Orlando Bloom, but she may already have been nabbed by one of Australia’s most eligible bachelors. 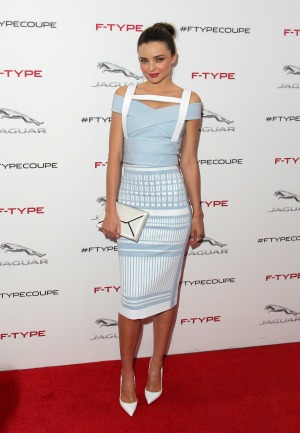 Miranda Kerr may have only recently called it quits with her husband of three years, Orlando Bloom, but if rumors are to be believed, then she has already moved on and found comfort with a new man.

It has been reported that the Victoria’s Secret model has already struck up a new romance, and the mystery man happens to be quite the catch indeed: Australian billionaire and longtime friend James Packer.

Media and casino mogul Packer is also no stranger to heartbreak, or to models for that matter. He split from his model wife, Erica Baxter, just three months ago.

Call it a rumor or call it a rebound. Australia’s Woman’s Day magazine’s headline calls it “Head over Heels: The Billionaire, The Supermodel and Their Red Hot Romance.”

Just months before both marriages ended in shocking splits, Packer and Kerr enjoyed a holiday together with their former spouses at luxury resorts in Tahiti.

Now, according to the Sydney Morning Herald newspaper, the duo will be featured on the latest cover of Australia’s Woman’s Day magazine alongside the rather catchy headline, and neither Kerr nor Packer has denied the rumors that they are involved in a secret romance.

Nothing has been confirmed as of yet, but we will be sure to keep our eyes on this potential romance. In the meantime, we wonder what Orlando Bloom thinks of this news? The former couple previously stated that they would always consider each other to be family, but could things turn sour if 30-year-old Kerr already has a new man?